ROLLING UP THE HILL AVAILABLE IN STORES AND ONLINE

VIA XTRA MILE RECORDINGS ON DECEMBER 1

“Cult legend and all round hero” – Louder Than War

“Behind the humour, there are serious political messages of equality and general
respect for one another.” – Clash
“Beans is all about the connection. It’s all about getting across simple but lost messages that we should be good and honest to each other and find value in what
is really important.” – Musos Guide
WATCH: “The Great American Novel” (via YouTube)

from Rolling Up The Hill

Rolling Up The Hill, the new album from seasoned London-based singer-songwriter Beans on Toast, is his most creative record to date and it’s an album all about friendship, travel and art. It’s also about drinking, protesting and growing older in these strange modern times. The first track lifted from the album is “The Great American Novel,” Beans’ love letter to America. Watch the video HERE.

His seventh studio album in the same amount of years will be released as usual on his birthday,December 1, via Xtra Mile Recordings (Frank Turner, Against Me!, Mineral). Rolling Up The Hill (pre-order) was recorded this past August in Kansas with husband and wife country duo Truckstop Honeymoon. Beans met the duo at Larmer Tree festival last year, and after hanging out and playing some shows with them in New Orleans they hatched a plan to go to The Ninth Ward Picking Parlour in Lawrence, KS to make an album together. The duo brings together double bass, mandolin and finger-picking sounds to Beans on Toast’s unique and signature art of songwriting. Of course, though, they were joined by long time partner in crime Bobby Banjo, on harp and banjo for the sessions. Throw in a couple of Kansas players dropping in some horns and some drums and you’ve got a Beans on Toast album that is fresh, fun and exciting while at the same time not losing any of the original cheap and easy English attitude that has gotten him to where he is today.

Ten years in the game and Beans has built up something of an underground following around the world, and is now filling out festival fields and tents on the UK circuit along with constantly touring new and foreign land. This year alone he’s played shows on rooftops in Cape Town, tropical islands in the Barbados, folk festivals in Canada and covered over 10,000 miles in the U.S. He also toured the fringes on the UK in the wake of the terrible result at this year’s election, taking in the mood of the country by visiting Harlow, Preston, Chester and the like. He has, of course, written songs all about these travels.

As usual Beans on Toast made the album he wanted to make, an album with no rules and no one to impress – just simple, opinionated songs about honest subjects.

Beans on Toast will be making the following North American appearances, both solo and supporting Frank Turner. Tour dates below. 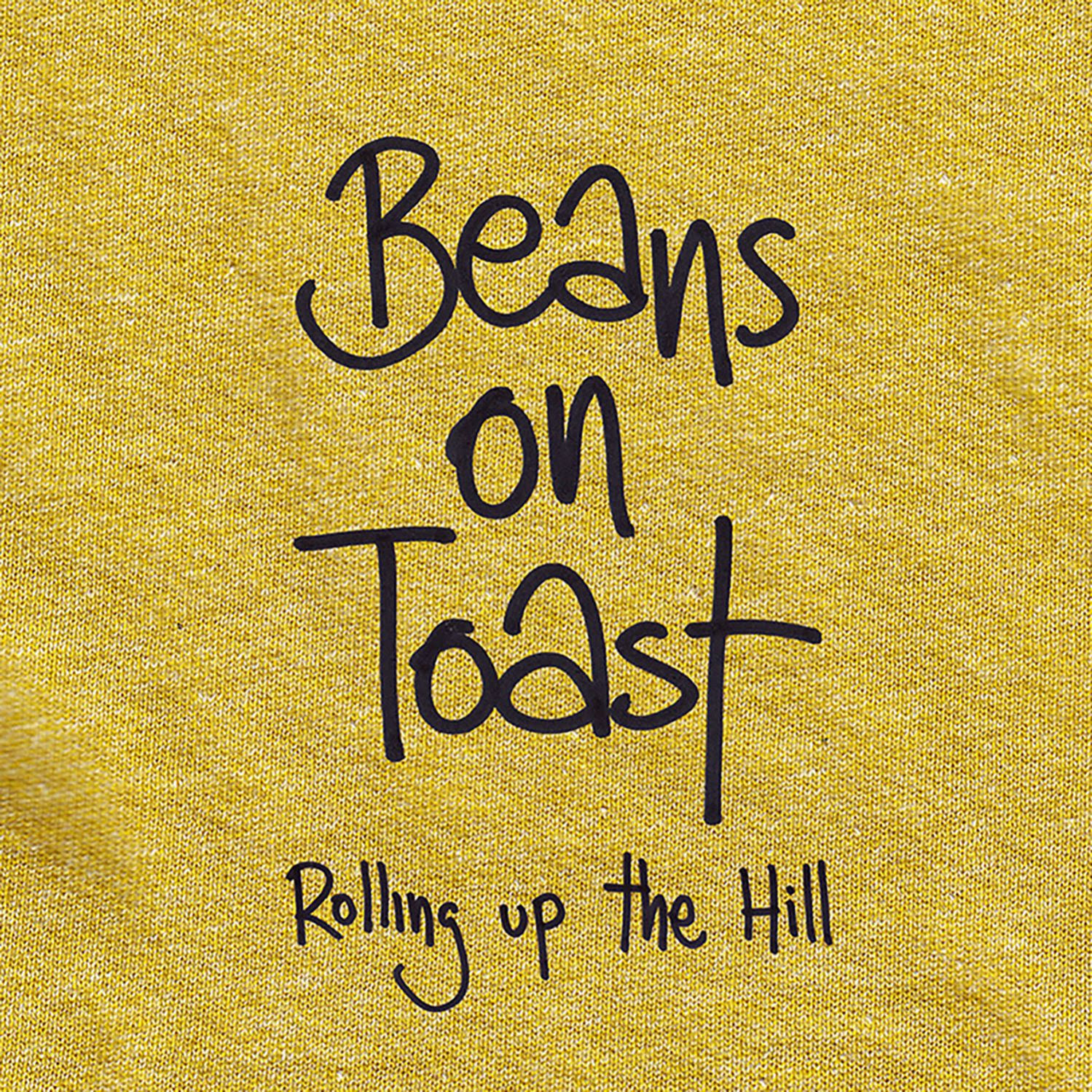 Rolling Up The Hill tracklisting:
01. The Mudhills Crew
02. Robin Hood Costume
03. I’m Home When You Hold Me
04. The Great American Novel
05. Driving Me Crazy
06. The Industrial Estate
07. God is a Cartoonist
08. The Art of Friendship
09. Afrikaburn
10. Numbers and Words
11. A Bit More Track in the Monitor