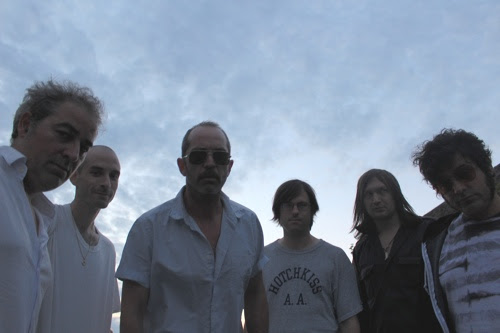 Soldiers Of Fortune began as an anti-band and since their creation have grown into one of the most recognized indie superbands around, combining members of powerhouses like Oneida, Chavez, and Interpol. On November 6 their debut full-length album Early Risers will be released via Mexican Summer and is available for pre-order now (links below). Today the band has shared the album’s newest single “Old Roman Wall” featuring Cass McCombs on Stereogum. The track is available to listen and share on YouTube and as an instant download with a pre-order of the album on iTunes or Amazon.

In the beginning, SOF’s only goal was to play a rare show every now and then that they could assault, terrorize, and shred, relying only on instinct, intuition and the chemistry of the band of brothers (bros if you will) in the moment of battle (show) – it was either sink or swim, or death before glory. However, after meeting with Keith Abrahamsson and learning what his label Mexican Summer was all about SOF conceded and signed a deal. Months later, in August, they were in an unfinished Gary’s Electric studio on the hottest three days of 2010, and somehow walked out of the studio with a 12” called Ball Strength.

Now here we are, another five years, very few shows, or LPs sold, later: in 2013 we got bamboozled by Keith into a SECOND recording sesh (WTF!?!), but this time we were offered “undisclosed” amounts of studio time alongside the usual “carte blanche”. After three weeks we aborted EVERYTHING, took a six-month hiatus to get over our collective S.E.N.D. (Sophomore Effort Narcissism Disease), fell back in the studio, and recorded a dozen embryonic ‘song ideas’, rather than jams, over an afternoon. We then called up friends who know how to sing and finished up the damn thing in like three days.

The result is an LP we like to call EARLY RISERS, and beyond the core troupe consisting of Brad Truax (so many bands, but dude, Interpol?), Kid Millions (Man Forever, Oneida), Barry London (fuck yeah Oneida), Matt Sweeney (Chavez being his LEAST well-known operation should tell you something), Jesper Eklow (Meandering Tedium, sorry, Endless Boogie), Mike Bones already, and the elusive Papa Crazee (heavy early riser in team Oneida) we abused the superior vocal stylings of our Healer, Shaman and AnswerCLARK “YEREMIAS” BRONSON, STEPHEN MALKMUS, CASS MCCOMBS, DAN MELCHIOR, ETHAN MILLER and MATT MCAULEY. This is the sound of utter confusion and unfocused tender hatred in song form. We have no idea if we even like it, but we definitely have no shame so here you are, crack Early Risers wide open and make up your own mind. We have no interest in knowing your opinion however, so keep it to yourself. Thank You. 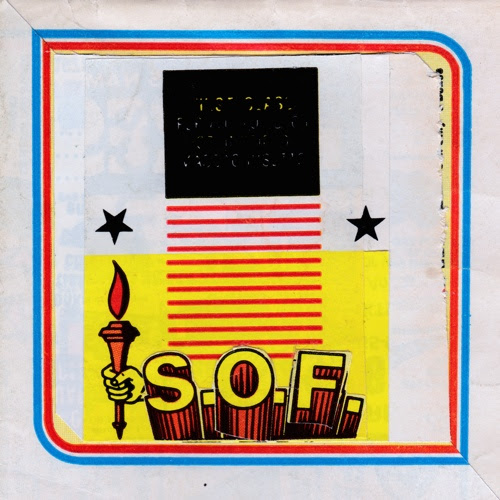