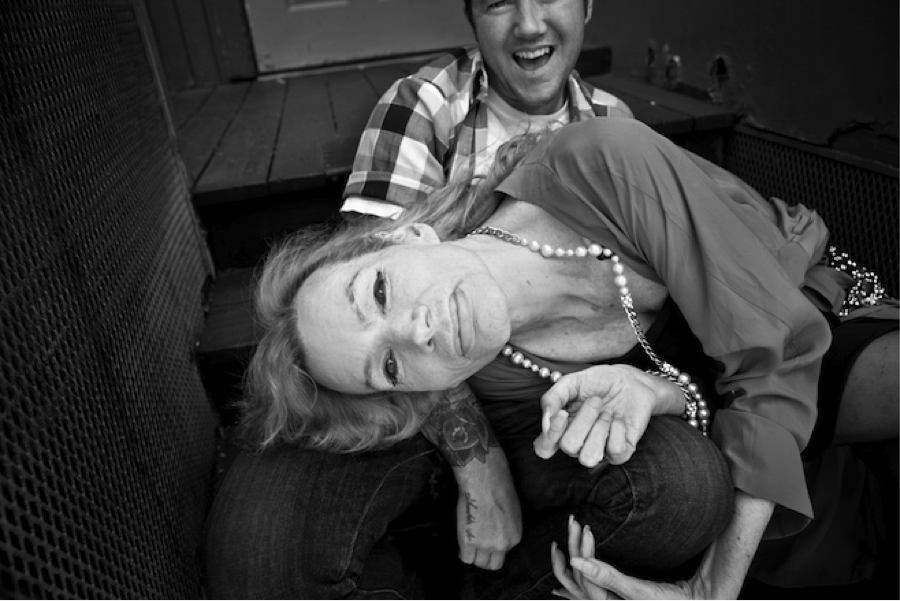 In the interview, Pitchfork talks with Howard on his involvement with the early San Francisco queer community as his role as a guitarist in the queer punk band Tribe 8. When asked about his first time meeting Bambi, Howard said, “I went to the gay pride parade and all of a sudden there was this commotion on the sidelines and there was this tow truck pulling a fake cop car, and it was surrounded by all these punks and drag queens with baseball bats and high heel shoes smashing the cop car. And then in front of it it said “NO APOLOGIES, NO REGRETS.” It was this really wild, good-looking, sexy, performative group of people that were very irreverent. The humor was really gallows humor. For myself, I was 18, and knew “that’s my people.”

Howard received his MFA at UCLA in directing in 2008 and was the recipient of the Kovler Family Fellowship in Film & Television, the Wasserman Film Production award, Motion Picture Association of America award and twice nominated for the Rockefeller Media Award. Silas is a Film Independent Directors Lab Fellow, Nantucket Screenwriting Colony Fellow and currently the 2014-15 Arthur Levitt Fellow at Williams College and a 2015 Guggenheim Fellowship. He currently is a visiting lecturer at Cornell University.