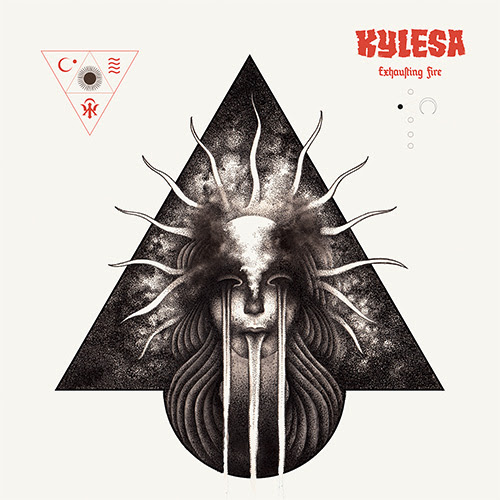 “A watershed moment in their career.” – Noisey

Following on the heels of the artistic broad jumps Kylesa has exhibited since forming in 2001, their newest release, Exhausting Fire out October 2 via Season of Mist, hurls even more rulebook pages out of the tour van window.

On Exhausting Fire the trio, made up of Phillip Cope, Laura Pleasants, and Carl McGinley, further explore and incorporate psychedelic rock, new wave, space-age twangy Americana, 80s goth and death rock into their pitch-thick DIY punk/metal roots. As much as change is a constant in their world, there exists connective tissue to the past despiteExhausting Fire being the most diverse, dynamic, and fully-realized work of their discography. The album is available for physical pre-order and digital pre-order via Season of Mist. They will be hitting the road in October for an extended US tour so be sure to check out the tour dates below.

In writing Exhausting Fire, the trio found themselves culling inspirations before getting together in various permutations at various times to wade through the amassed collections of riffs and ideas stockpiled before, during and after the punishing Ultraviolettour schedule. Captured at the familiar confines of the Jam Room in Columbia, SC,Exhausting Fire sees the trio immersing themselves deeper into themselves and their own process by refusing to hire an outside producer to assume Cope’s position.

“No band sounds like us and we don’t sound like any other band,” concludes Pleasants. “After all these years of experimenting with different styles and sounds, we’ve really developed our own thing and I can faithfully say that we sound like us. With this album, we’ve successfully made a record that incorporates all the elements we’ve always played with into a record that works on its own.” 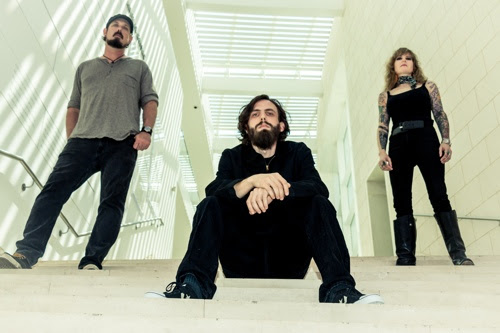