He’s already shared Mat Zo’s nü-disco fix of “Flicker,” but today he returns with something a little more weird and watery. “Sea of Voices” was one of Worlds’ hazy ambient tracks, but Danish producer Galimatias drags Robinson back to the dancefloor…” – SPIN

“Galimatias is one of my favorite new artists from the past few years. His take on “Sea Of Voices” blows my mind… He’s almost able to make it seem as if the original were written to be funky and casual. So, so masterful and good!” – Porter Robinson 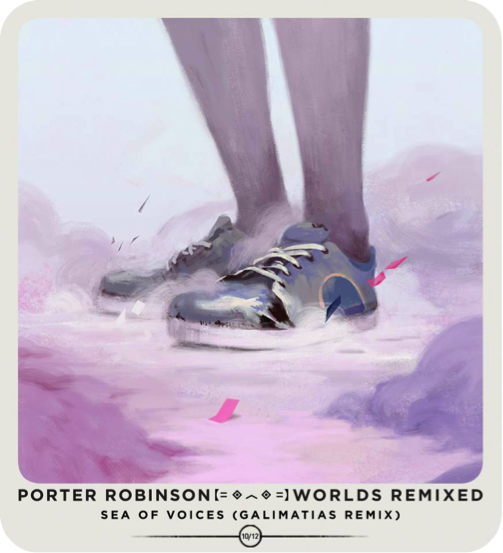 Second Remix Revealed From Worlds Remixed
Out 10/2 on Astralwerks

“Worlds Remixed is the culmination of a breakthrough year that saw Robinson deliver star turns at Coachella and Ultra with his ambitious live interpretation of the album.” – Billboard

Where “Sea of Voices” gauzy atmospherics provided the first indication of Porter Robinson’s new sonic direction, Galimatias’ genre-morphing take on the tune is glitch-infused and honey-dripped.

“Sea Of Voices” (Galimatias Remix) is the second remix revealed from Porter Robinson’s Worlds Remixed out 10/2 on Astralwerks; a collection of 12 brand new remixes – one for every track on the original album, presented in order – with remixers hand-selected by Porter.

It follows last week’s reveal of “Flicker” (Mat Zo Remix) via Zane Lowe Apple Music Beats 1 at the Apple Keynote event, which immediately trended worldwide on Shazam and was streamed more than a quarter million times on Soundcloud in one day.

The original version of “Sea Of Voices” was the first track revealed off Robinson’s seminal debut album Worlds (Astralwerks, 2014). Leaked to Porter’s fans via Twitter during the 2014 Oscars, the track trended #1 on Facebook as the awards show aired live that evening, eliciting comparisons to Sigur Rós, M83, and Orbital from fans and media alike. ‘Sea of Voices’ shot to #2 on the iTunes electronic chart, #5 on HypeM, #5 on Spotify’s viral chart, and saw more than half-a-million Soundcloud streams in a single day.

Speaking of the remix, Galimatias says: “I don’t know what I was thinking picking Sea of Voices. The song is such a cinematic journey in itself; it could never be outdone in the feeling it evokes. I just chose that one because it was one of my favorites without considering the obligations re-interpreting a track. So I had to take it in a completely different direction.” 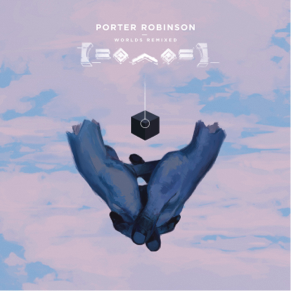