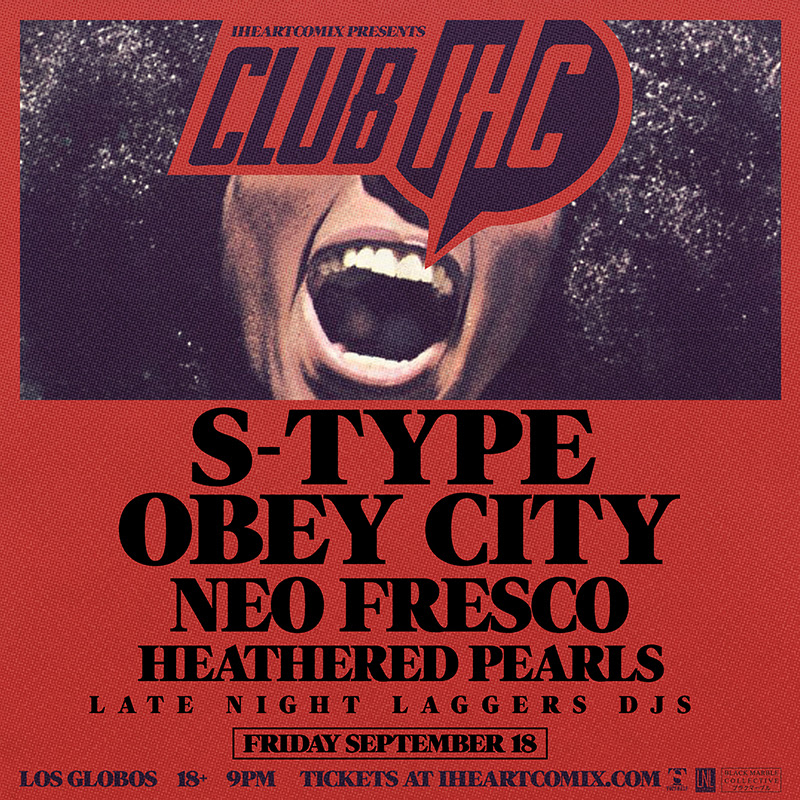 As such, he’s dipped into a bit of an after-tour refractory period, and radio silence has fallen across his camp as he submerges into what we can only assume is a soundproof underground lair filled with lava lamps and Fresca to work on making more amazing new EDM masterpieces. But now, the silence has been broken thanks to this booty-shattering exclusive Club IHC mixtape he just dropped on our waiting faces.

When asked what we should know to prepare ourselves for it, he had this to say:
“As always, I like my mixes to represent the style and energy of my live show.  Best times to bump this are at a pre-party, in the car on the way to the show, or in the gym.  I’ve included tracks from a few of my homies, and a couple unreleased tunes from myself.  There are hundreds of other new jams that I’ve collected over these past few months that I just wasn’t able to include in a 30 min mix, but nonetheless I’m very happy with how it came out.  It’s a nice look into the type of sounds I’ve been into lately, all across the genre spectrum.  Expect to hear these jams and more at the Club IHC show on September 18thshow with S-Type … and if you’re up to it, come see me open up the Mad Decent Block Party LA on Saturday the 19th.”

You heard it straight from the man’s mouth/hands: this mixtape is just a taste of what it’s like to see him live – all energy, sweat, rhythmic limb flailing and strobe light caressing. Everything you’d want and more. Give it a listen below, and try to calm your rabid excitement for his upcoming LA shows.

IHEARTCOMIX presents CLUB IHC, the newest monthly dance focused event. On September 18th CLUB IHC are hosting a evening with Edinburgh’s S-Type, Obey City, Neo Fresco and you can find S-Type’s latest remix premiered by The FADER HERE. With partners include Topshelf (Danny Johnson), Late Night Laggers, Black Marble Records & PHHHOTO; CLUB IHC are determined to bring you a party with cutting edge talent that you will not forget.