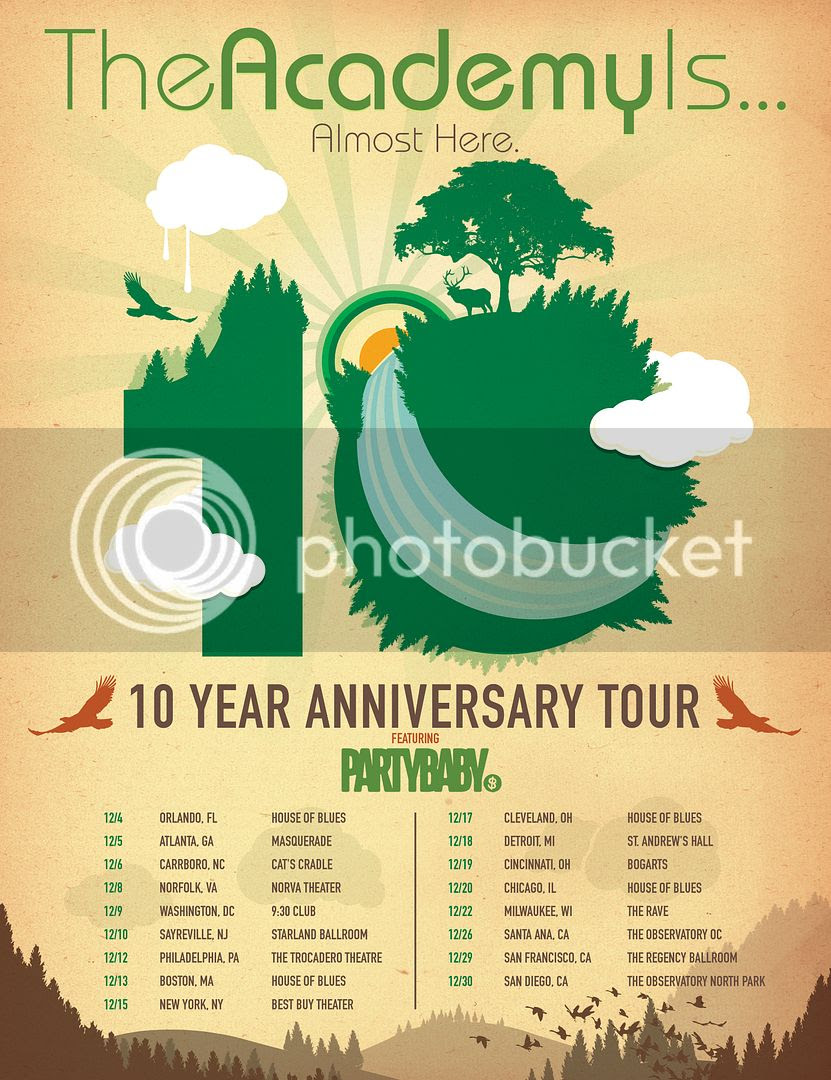 Chicago-based rock band The Academy Is… is excited to announce their upcoming reunion tour in celebration of the 10th anniversary of their debut album, Almost Here. Officially kicking off this past weekend at Riot Fest Chicago, the tour will feature the band performing their debut album in its entirety, along with fan favorites from their catalog, throughout the month of December across North America at venues visited throughout their eight-year touring career. Beginning on Friday, December 4 at the House of Blues Orlando in Lake Buena Vista, FL, the tour will span 17 evenings and visit major markets such as Atlanta, Philadelphia, Boston, and more, culminating in a performance at The Observatory in San Diego, CA onThursday, December 31. Tickets go on sale Friday,September 18 with a limited number of VIP packages going on sale today, Monday, September 14. More information on the tour can be found via http://www.theacademyis.com.

Formed in 2003 in the northwest suburbs of Chicago,The Academy Is… released its debut album, Almost Here, on Fueled By Ramen in 2005. Produced by James Paul Wisner (Dashboard Confessional, Something Corporate, Underoath), the full-length was a well-received affair that would provide the band with the opportunity to perform as a main act on the Vans Warped Tour numerous times as well as tour with like-minded bands such as Fall Out Boy, Midtown, Matchbook Romance, Motion City Soundtrack, Armor for Sleep and more. From there, the band would release its Butch Walker-produced sophomore album, Santi, in 2007 and Fast Times at Barrington High in 2008 for Atlantic Records, an album that landed onto Rolling Stone Magazine‘s “50 Best Albums of the Year.” Touring behind its expanding catalog, the band officially disbanded in October 2011.

Most recently in 2015, the members of The Academy Is… – Bill Beckett (Vocals), Mike Carden(Guitar), Adam Siska (Bass) and Andy “The Butcher” Mrotek (Drums) – were approached by Riot Fest and agreed to reunite and perform Almost Here to a hometown crowd in Douglas Park. The band’s welcome return over the weekend has made fans excited for what’s in store beyond the upcoming December reunion tour and beyond.

The Academy Is… will be making the following North American appearances this December. Tour dates below.