Every track on his seminal debut album Worlds (Astralwerks, 2014) has been reworked (in order) with remixers hand-selected by Porter including ODESZA, Mat Zo, Galimatias, Chrome Sparks, & more. 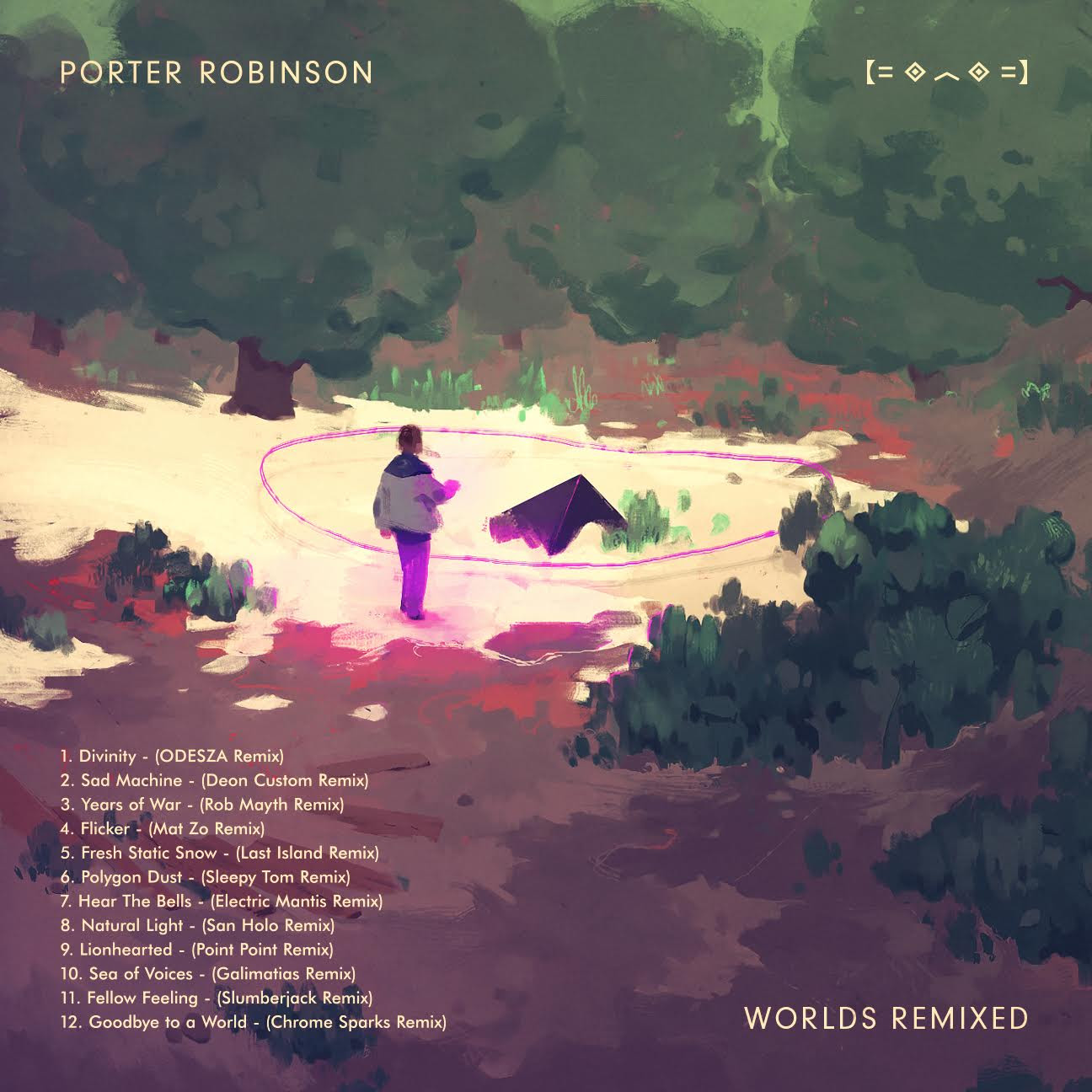 Worlds Remixed is the next step in the continued evolution of Porter Robinson’s conceptual Worlds vision.

A track-by-track collection of remixes hand-selected by Porter and presented in the same order as the original album tracklist, Worlds Remixed (out October 2 on Astralwerks) expands upon the overall aesthetic of Robinson’s debut album Worlds and doubles as a platform to show off the skills of some of his favorite artists including ODESZA, Mat Zo, Glamatias, Chrome Sparks, & more. (Full tracklist below)

Robinson’s high-concept, multi-faceted Worlds endeavor includes the groundbreaking debut album (released August 2014 via Astralwerks), the technologically ambitious interactive live show (which returns to the U.S. this weekend, dates below), and recent design collaboration with Japanese streetwear brand Galaxxxy (which sold out within hours of Porter announcing it via Twitter last week).

It all began a few years back, with Porter turning down countless DJ offers to move back to North Carolina and devote himself to introspection and reinvention. “I figured that one way to develop a unique identity as an artist would be to combine all my favorite things in music — it would result in a collective expression of my taste and experience. Something nobody else has.”

The resulting debut album Worlds shook the electronic music community to its core and expanded the definition of the genre upon its release. A deeply personal journey through textural synth-pop, it has been called “gorgeous” (New York Times), “delightful” (Rolling Stone), and “imaginative” (NPR).

Robinson’s vision for the Worlds live show was equally ambitious: “The music was meant to be evocative of imagery. The whole theme of the album was this sense of escapism, an homage to imagination. So that’s how I wanted to present it live”

With more than 40 million album streams under his belt, plus 100,000+ in ticket sales for live headline performances & triumphant appearances at festivals across the globe this summer, Porter Robinson continues to refine (and redefine) his overarching vision forWorlds.