“Urth veers from skeletal to brutal, but there are patches of light throughout.”
– NME (8/10)

“A masterclass in controlled chaos. One of the most thrilling and confident debut records of the year.” – Drowned In Sound (9/10)

“An album where track after track is fighting to be your new favourite.”
– Louder Than War (9/10)

“Some of the smartest, slow-burning slabs of alt rock since The Breeders’ Last Splash.”
– NOISEY 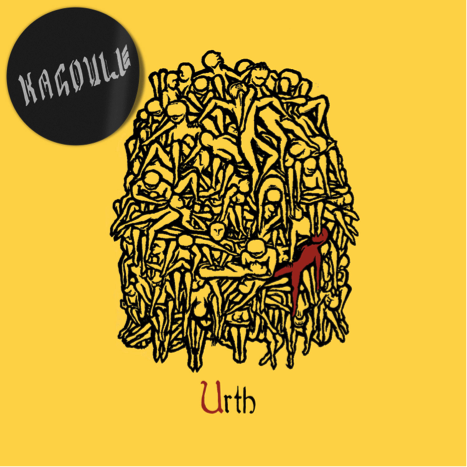 Produced by Ross Orton (Arctic Monkeys, M.I.A, The Fall) and Pete Fletcher (Childhood), Urth recalls the energy and ideas of Bikini Kill, the sugar-dusted grunge of Smashing Pumpkins and the angular rhythms and confrontational post-hardcore blueprint of Fugazi, with a pedal rack metaphorically half-inched from Dinosaur Jr.

The album is has already seen some incredible reviews at home in the UK this week including 9/10 reviews from both Drowned in Sound and Louder Than War plus an 8/10 review from NME stating“Whether dabbling in light or dark, the Nottingham trio are never anything short of exhilarating.”

Earlier this week Kagoule shared the album track “Centralwing” via Impose Magazine and revealed the DIY video for their latest single ‘Made of Concrete’.  Devised, shot and edited by the band in one day, the  video is an ode to David Lynch that asks more questions than it answers.

The Nottingham-based teenage trio of Cai Burns, Lucy Hatter and Lawrence English has already been tipped as a “2015 Artist to Watch” by Rolling Stone, headlined the BBC Stage at Glastonbury and opened for Johnny Marr, Sebadoh, and Brian May.

*in-person press time available
“We represent the sound of boredom. The sound of three 15 year olds wanting to do something.” – Kagoule 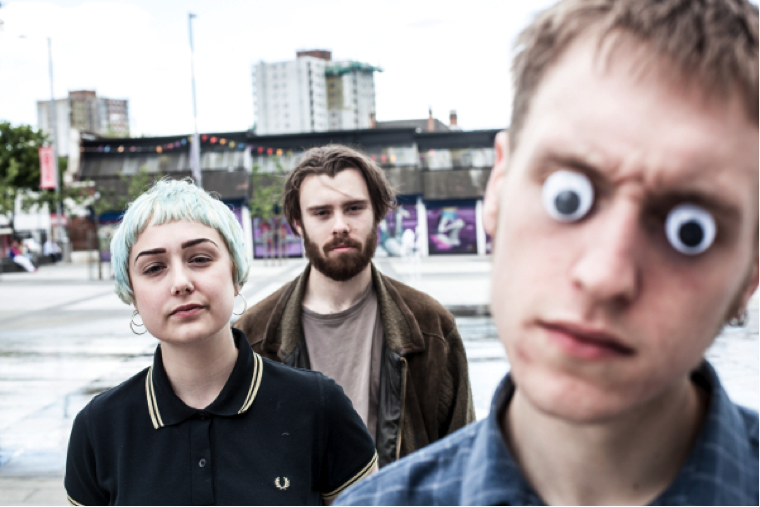