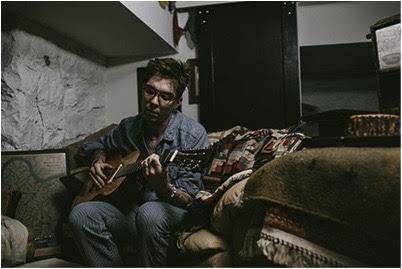 “Earle has moved between evocative portraits of place set in knotty emotional frames, prickly confessions of destructive patterns, and melancholic eloquence in

“Whether taken separately or as a whole, both these striking albums

“Single Mothers is densely packed with resonant, lovely, and perceptive

After extensive touring in the U.S. throughout 2014 and early 2015 in support of his critically-acclaimed companion albums Single Mothers and Absent Fathers, Justin Townes Earle took a short break from the road. Today, Earle is pleased to announce he’s back with a run of North American tour dates throughout September and October. Although the majority will be headlining dates, Justin will also be sharing the stage with Warren Haynes in select cities. A full list of dates can be found below.

Single Mothers (September 2014) and Absent Fathers (January 2015) were recorded along side one another as a double album and released via Vagrant Records. Combined the double album perfectly showcases exactly why Justin Townes Earle is considered a forefather of Contemporary Americana. Hailed as an album that’s “showing the world that alt-country can be pretty dope,” (Noisey/Vice), the albums had great radio success, peaking at #2 on Americana radio charts, #18 on Non-Comm and were hailed by Rolling Stone, Paste, American Songwriter, and Magnet Magazine as one of the best albums of 2014.