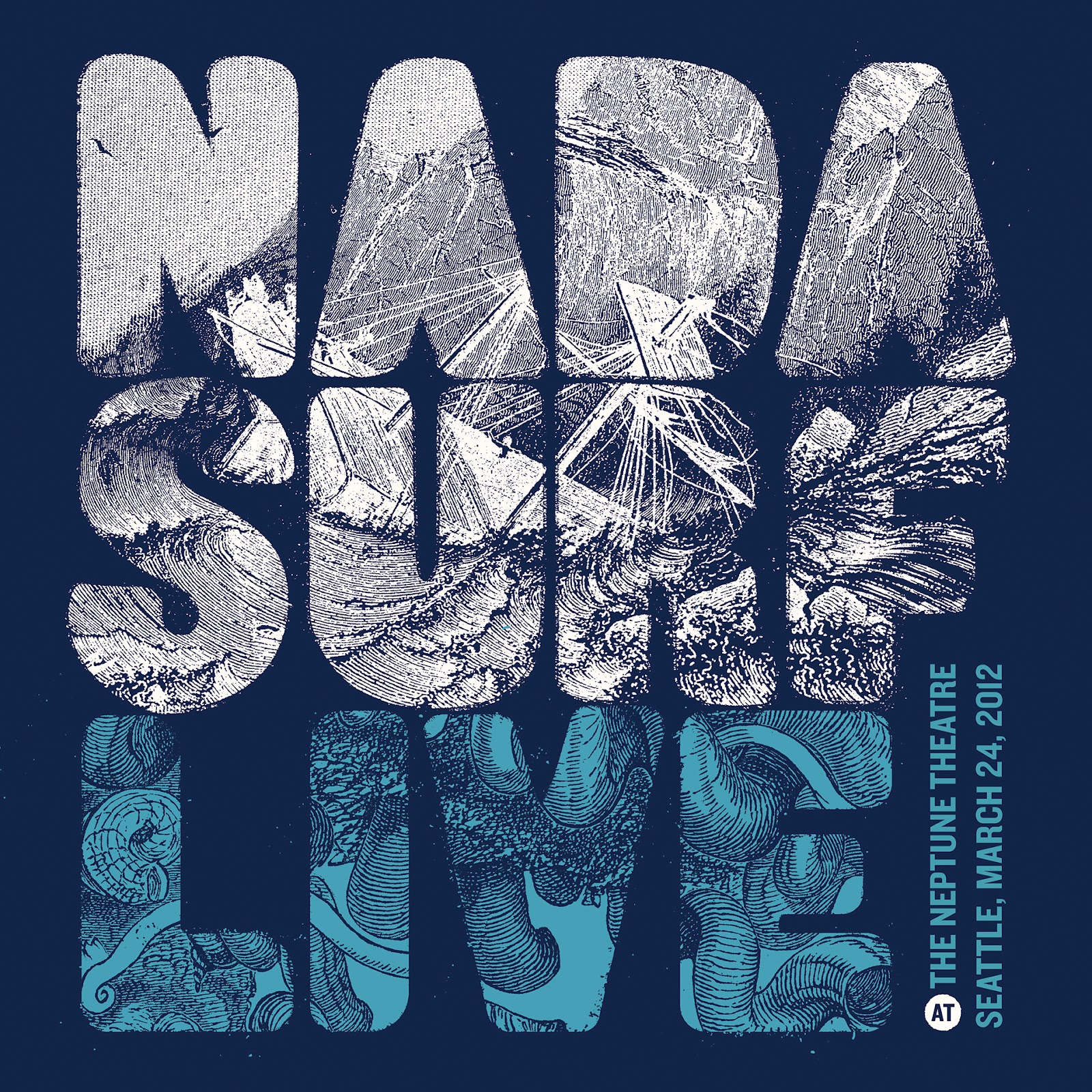 Nada Surf are excited to announce the release of Live At The Neptune Theatre, a deluxe 3x LP package available for pre-order via Pledge Music. The 21 track live album was recorded and mixed by John Goodmanson (Nada Surf’s Lucky, Sleater Kinney, Death Cab For Cutie) and recorded in March, 2012 at Seattle’s storied Neptune Theatre.  In addition to the coming 3x LP release, Live At The Neptune Theatre is also available today, August 14th, on all digital outlets. The deluxe 3x LP package includes immediate digital download of the album, an 8 page four color photo booklet, four color 18″ x 24″ show poster, four color t-shirt iron on decal, and Nada Surf B+W ‘Anchor’ temporary tattoo. The celebrated Brooklyn trio will play select shows this November in Washington, DC, New York City, and Toronto. Show dates, deluxe 3x LP package photo, and full track listing below.
Stream “Clear Eye Clouded Mind (Live)” from Live At The Neptune Theatre:
***
Pre-Order the deluxe 3x LP via Pledge Music
http://www.pledgemusic.com/projects/nadasurf
On Saturday, March 24, 2012, Nada Surf drove into the magical city of Seattle, WA in the midst of a US tour in support of the album The Stars Are Indifferent to Astronomy (Barsuk) and set up their gear at the Neptune Theatre. Days before, the band’s friend and producer John Goodmanson shared some insider information with the band about the venue: he happened to know that all the microphone wires in the Neptune went into a splitter box and a whole extra set headed down to the basement, which made it a perfect venue to set up gear to record a show. Would they like him to do that? The answer was yes! So after an extra long soundcheck to make sure everything was working, they took a break, and later that night took the stage to play a long rocking set. The band recently re-listened to the show and it sounded so good that they’ve decided to make it available to their fans. It’s only their second live album, after 2004’s
Live In Brussels.
“Nada Surf’s quietly built one of indie rock’s most consistent discographies,” wrote The Onion A.V. Club in praise of The Stars Are Indifferent To Astronomy, while NPR hailed the album as “tremendous – full of big, blooming rock that practically glows with generosity.”Over the years Nada Surf have been sustained and energized by the overwhelming enthusiasm their dedicated fans continue to greet them with each time they take the stage. Live At The Neptune Theatre perfectly encapsulates and bleeds through with the spirit of their engaging lives show, and captures the joy they experience each time they get to step in front of an audience.
www.nadasurf.com
Track Listing and upcoming tour dates below.
(Deluxe 3x LP package photo) 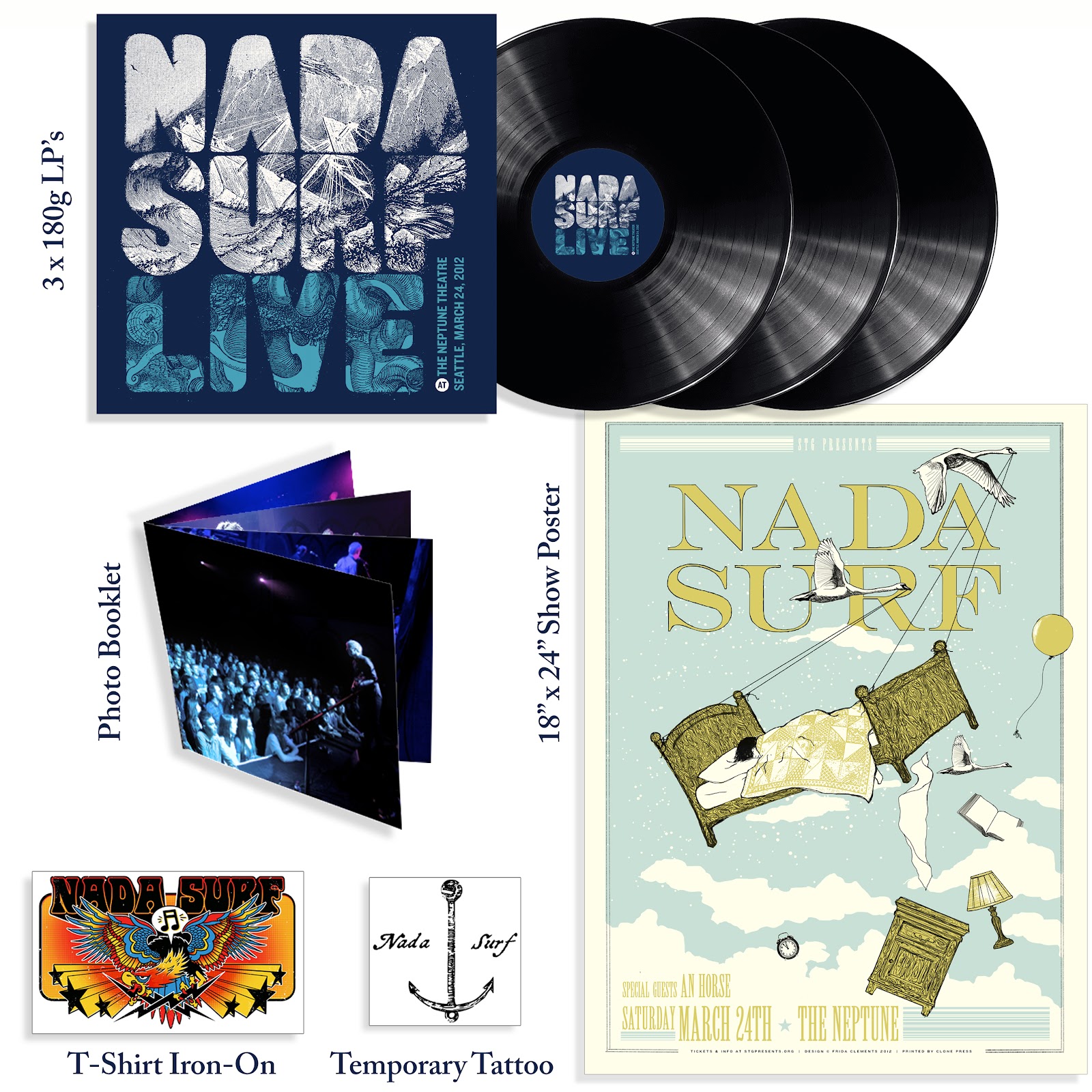