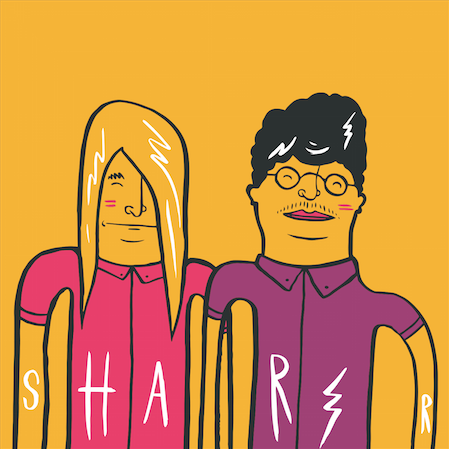 SHARER is Young & Sick (Nick van Hofwegen) and JD Samson (MEN / Le Tigre), they teamed up to create “Body Tonight” and today, Earmilk premiered their remix by LEFTI HERE. You can hear the tracks on the duo’s soundcloud HERE. Alongside Nick and JD, the vocals on “Body Tonight” are by Jo Lampert (Tune-Yards, AVAN LAVA) and Xavier Smith. The single will come out on August 21st, with remixes from Midnight Magic and LEFTI.

Earmilk about the LEFTI remix: “he’s brought “Body Tonight” into nu disco territory, with infectious synths, flutes and an overall instrumental that amplifies the affect of SHARER’s vocals.”

“I used to go see JD simply as a fan while living in London. Her live shows were always absolutely fantastic, leaving me a sweaty mess. When the opportunity arose for me to work with her, I jumped at it. A few months later, here is the beginning of our new friendship. I couldn’t be more excited to share it.” – Nick van Hofwegen (Young & Sick)

“Nick and I were matched up to write songs for other people, but after about two seconds of sharing, we knew what we had was something completely and utterly ours. Love and respect for your collaborators is so important, and working with Nick is such a beautiful expression of our mutual admiration. I love our process and can’t wait until the world gets to share the joy.” – JD Samson 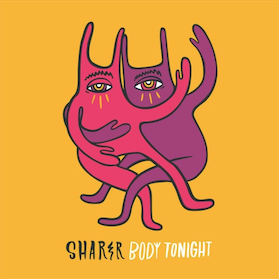