“Their uncannily blended voices glide over reverberating chords, and they sound like they have been singing together since the beginning of time.” -New Yorker 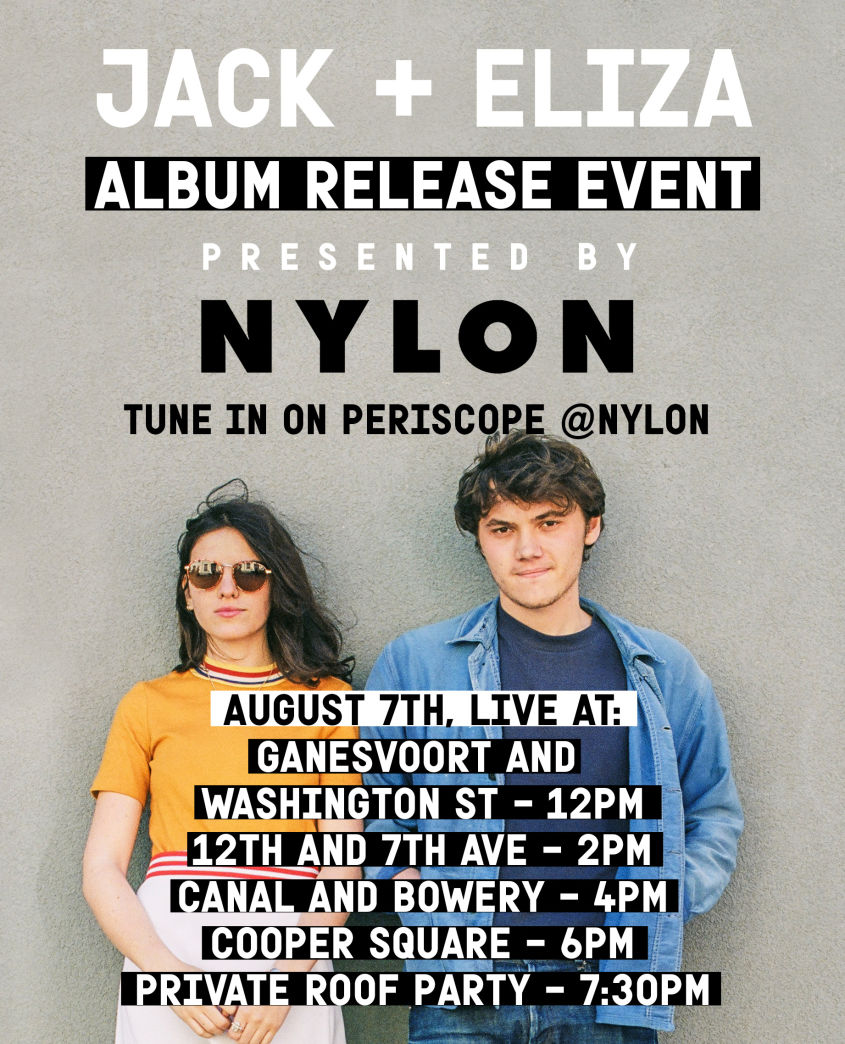 Jack + Eliza are thrilled about this week’s release of their debut album Gentle Warnings, out Friday, August 7th.  To celebrate the occasion they’re teaming up with Nylon magazine on release day for a series of performances around New York City to be broadcast live on the Periscope app via @nylon. A full schedule and details on where to watch can be found at Nylon.com.

Gentle Warnings has been winning over hearts and ears left and right, including at college radio where the debut album from the upstart NYC duo has climbed its way to #19 on the CMJ 200, sharing space in the top 20 with the likes of Leon Bridges, Tame Impala, Unknown Mortal Orchestra, and Hot Chip among others. Gentle Warnings, writes The New Yorker, “showcases their dreamy guitar strumming, solid pop composition, and strong vocals,” and Interview writes that “Jack + Eliza put their own modern twist on surf-rock, tinged with nostalgia and melancholic memories.” The band are currently in the middle of a 3 night stand at NYC’s Elvis Guest House.

Stream “Quarter Past The Hour” SoundCloud:

Watch the short film for “White Satin” on YouTube:

Stream “Oh No” on SoundCloud

Jack + Eliza split their time this past winter between college studies and the studio, working on recording music for Gentle Warnings with producer Chris Zane. Their new album builds upon and incorporates some of the songs that comprised their debut EP, which won plaudits for the way their “vocals entwined in a sun-dappled embrace akin to the harmonies of John and Michelle Phillips and Mama Cass,” (Noisey), and captured what Consequence of Sound described as the “exuberance of youthful energy.”