“An artist who doesn’t bow down to pop-music trends. “Written in the Water” is a retro-soul number in the vein of Amy Winehouse that feels totally refreshing.” – NYLON

Gin Wigmore will release her new album Blood To Bone through Island Records on August 28, 2015. The new album – which debuted at #1 last week upon its release in Wigmore’s native New Zealand– showcases an artist at the top of her game and in control of her destiny.

Recorded in Los Angeles with Charlie Andrew (Alt-J), Joakim Ahlund (Chrissie Hynde) and songwriter/producer Stuart Crichton, Blood To Bone sees Wigmore stepping away from her comfort zone and taking on the role of co-producer for the first time.

It’s an album of many firsts. In addition to co-producing, Wigmore steps behind the piano, stretches her distinctively gravelly voice into falsetto, and manages all the backing vocals throughout, delving into a darker, grittier sound for her third studio album.

“The whole idea for this album was to write songs that pushed me beyond my comfort zone,” Wigmore explains. “There were so many genres of music that I was not ready to appreciate prior to making this album. It’s like a whole new part of my palette and appetite for music opened up before embarking on the writing of Blood To Bone.”

The new tone reflects tumultuous changes in Wigmore’s personal life which ultimately led to her newfound contentment: the artist moved to Los Angeles after a split from her partner in Australia and subsequently married Jason Butler, frontman of the post-hardcore band Letive during the writing of this record.

The duo stars in not-one-but-two videos for the album’s lead single “Written In The Water.”

Watch the first video revealed for “Written in the Water” (Die Regardless Video) in which Wigmore and Butler take on the role of a backwoods Bonnie and Clyde on the run from a vengeful local sheriff – and stay tuned for the second installment of the video, which will be revealed soon.

Blood To Bone follows 2013’s Gravel & Wine, which spawned hit singles including ‘Man Like That’, synced to a Skyfall-themed Heineken advertisement, in which Gin appeared alongside Daniel Craig’s James Bond and Wigmore’s 2009 debut album Holy Smoke. Both albums reached #1 and multi-platinum status back home in New Zealand. 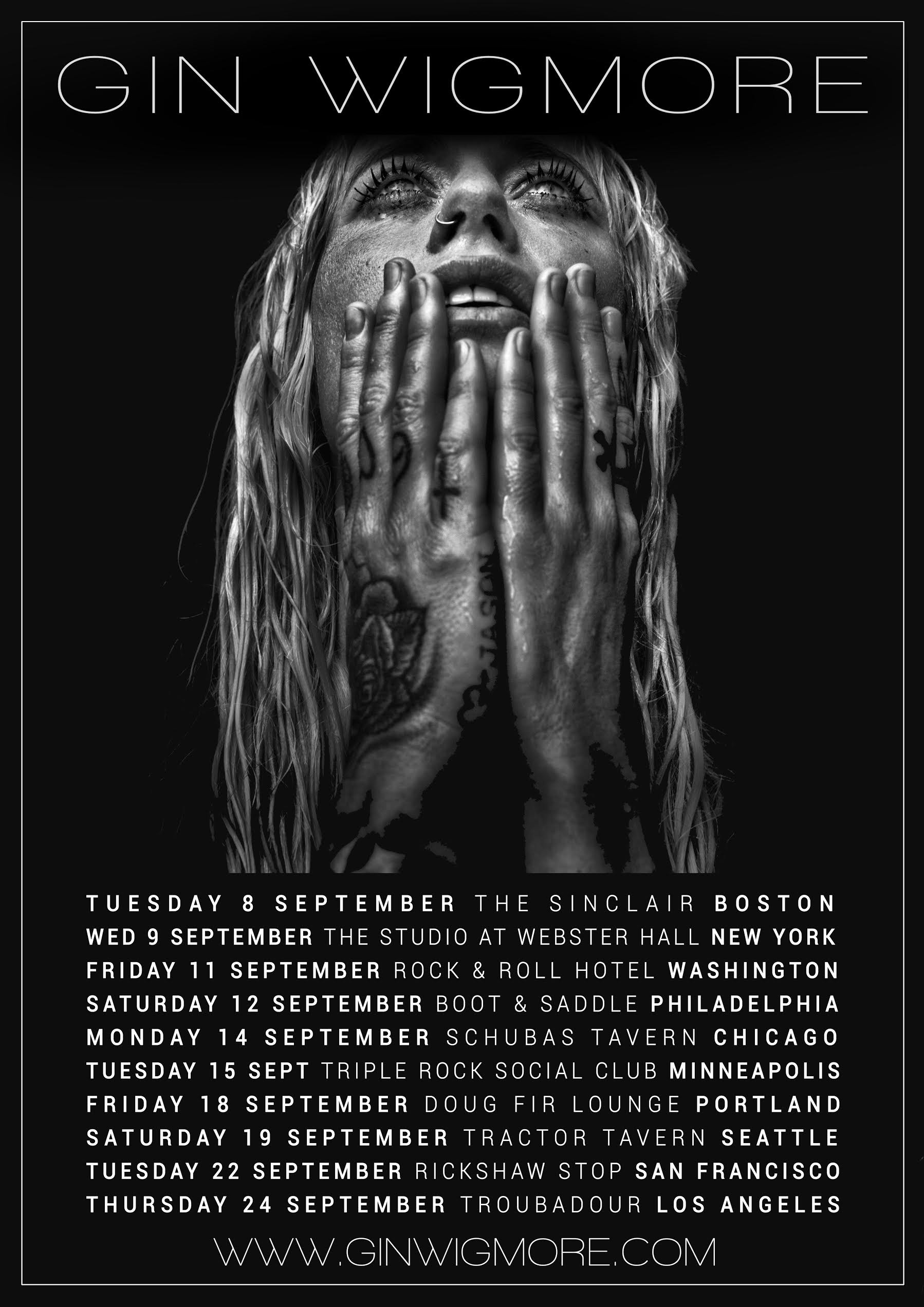