BEN LEE DEBUTS NEW MUSIC VIDEO FOR THE TRACK “BIG LOVE” FROM HIS NEW ALBUM, LOVE IS THE GREAT REBELLION, OUT NOW 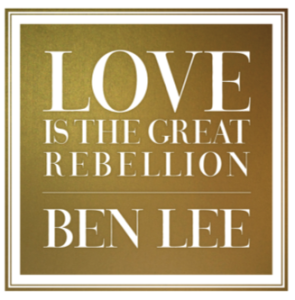 Ben Lee has revealed the very special video for his new single “Big Love“ from his latest album Love is the Great Rebellion. The music video for “Big Love,” directed by Peter Hardin, features a compilation of home footage from the personal collection of John and Ann Betar, the longest-married couple in the US, who are celebrating their 82nd wedding anniversary this year.

“The video, like the song, is a tribute to deep love and surrender,” Lee says. “It’s not a transient love. It’s not teen romance, a crush, or an infatuation. It is a wellspring of hope and possibility that lies dormant in the human heart until it is unlocked with will, commitment, and tenderness. I found John and Ann Betar’s story online and when I tracked down some video footage and witnessed the spark that is still so clear between them, I knew they were a living expression of the ‘Big Love’ I was talking about. This video is all them. It is culled from over 50 years of private family footage that they generously gave me to make this music video. Young people are so bombarded nowadays by messages about divorce and the failure of long-term relationships. I hope this video creates a counter-argument to that outlook. I hope it encourages people to love, and hope, and hold on, until the very end.”

Love is the Great Rebellion finds the Lee returning to his roots reminiscent of his 2005 album Awake is the New Sleep, which went double-platinum in Australia and spawned the hit “Catch My Disease.”  Lee reteamed with Awake‘s producer Brad Wood to record  Love is the Great Rebellion (Liz Phair, Veruca Salt), who Lee’s has worked extensity with over the course of his nine solo albums, including 1995’s Grandpaw Would, 1997’s Something to Remember Me By, and 2009’s The Rebirth of Venus.

“When we talk about music’s ability to change the world, perhaps it’s in the smaller, day-to-day matters that music exerts its greatest influence. If so, Love Is the Great Rebellion fosters revolution one small gesture, one small pause at a time.” – Diffuser.FM

As previously mention, Lee has also self-released A Mix Tape from Ben Lee, which is available here. Fourteen years in the making, the Mixtape features vocal contributions from Zooey Deschanel, Ben Folds, Azure Ray, Sean Lennon, Neil Finn, and others. The Mixtape recordings are available on a “donate what you want” basis, beginning at $1, with all proceeds going to the Q’Ero Project, which supports the basic needs and development of the Q’ero people of Peru.