Recently Featured On NPR’s Game Show ‘Ask Me Another’

“The crowd’s enthusiasm for the fresh material is unmatched even when the band proffers what is perhaps their most-loved song, “Birdhouse in Your Soul”… “

“Now a band for 30 years, John Linnell and John Flansburgh are one of rock’s all-time most quixotic successes”

“one of rock’s longest and most prodigious partnerships” 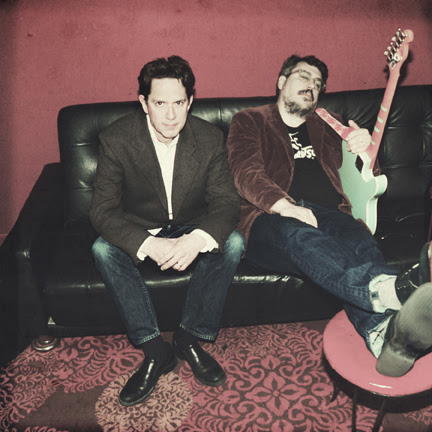 Brooklyn’s mad geniuses They Might Be Giants set the internet on fire when they performed the Chumbawamba classic “Tubthumping” for the famed AV Undercover series. The band recently returned to the Undercover studio, this time to offer their one-of-a-kind rendition of the Destiny’s Child hit “Bills, Bills, Bills” released today!

The 2-time Grammy winners have gone into hyperspace in 2015. TMBG’s Dial-A-Song project is offering 52 brand new songs (and videos) in 52 weeks at www.DialASong.com as well as toll-free at (844) 387-6962. They are also in the middle of a sold-out monthly residency at the Music Hall of Williamsburg. This month’s show is a special family-friendly program with two daytime shows especially designed to not freak out the shorties.  Since the release of their family-friendly records such as Here Comes Science and the Grammy award winning album, Here Come the 123’s, there has been a strong demand for the Giants to play all ages shows in Brooklyn. The band has listened and is excited for these one-of-a-kind performances.

They Might Be Giants’ latest rock album Glean is the first release to include songs from their 2015 Dial-A-Song project. Released April 21 via Idlewild Recordings, Glean debuted at #5 Independent Albums, #6 Alternative Albums, #7 Top Rock Albums, #38 Top Album Sales and #67 Billboard 200!