Kieran Leonard will be playing with The Strokes and Beck at Hyde Park this Thursday 18th of June and will also play a headline show at great new venue The Waiting Room next Tuesday June 23rd. 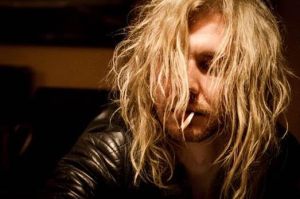 Underwood Milk is the new single by Kieran Leonard & The Horses. It is released digitally and on beer mat (a beer mat!!) as part of fierce panda’s reborn singles ‘club’ on June 29th, and it sounds like a whirl of ragged alt.rock glories with a shimmer of slacker guitar and a glimmer of melodic hope. Suitably, the video sees an eminently grungy Kieran wandering around the late Stanley Kubrick’s house in Hertfordshire, where he has been recording his forthcoming sophomore album ‘Good Luck, Everybody’.

The new single ‘Underwood Milk’ will be released on the 29th of June as a digital download or on a Beer Mat (Hey Ho!) via Fierce Panda Records and available to download via iTunes 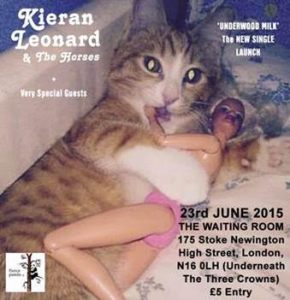