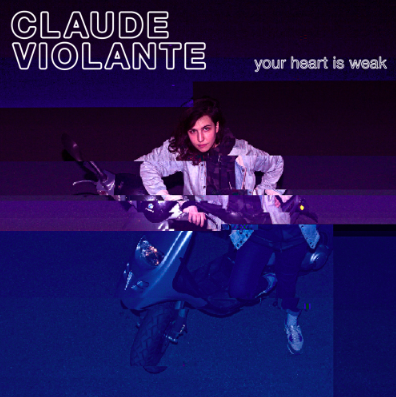 “Introducing Parisian cool kid …It’s a Moroder-cool, synth-sensual track: a little xx, a little Shura. It’s the perfect song for the moment when Michelle Pfeiffer’s character from Scarface slides into that car and drives far, far away.” – VICE’s Noisey

“Enveloped within the rich 80s synth soundscape are drum patterns that would make Phil Collins weep and breathy vocals that give modern contemporary artists like Rhye and How To Dress Well a run for their money.” – Earmilk

Today, Stereogum reveals Claude Violante‘s “I Kill By Night” HERE and praising it“…layers of synths and ’80s influenced electronic beats. The young Parisian artist and composer creates breathy and sensual vocals”. Her Your Heart is Weak EP will come out on 7/7 via JD Samson’s co-founded label Atlas Chair in conjunction with the French label Tsunami-Addiction. The EP is available for pre-sale to receive “No Mercy” instantly HERE.

Claude Violante is a young, female artist from Paris, France. Under her signature hoodie you can find the real her: shy, detached from any group, nerdy, ingenious and possessing a sharp sense of humor.  About her song “I Kill By Night” she says: “It’s a recurring dream that I had. I was killing strangers and asking friends of mine to help me hide the bodies. I believe the track is not gloomy at all though!”

VICE’s Noisey premiered the first track “The Double” HERE, Violante explains the song: “I wanted to have a track on the album that reminded me of the 90’s R&B songs that I listen to a lot, I don’t really know if the result is accurate but it was the intention! It is also one of my favorite and most intimate track of the album…”  Noisey apploads Claude Violante’s track: “Introducing Parisian cool kid …It’s a Moroder-cool, synth-sensual track: a little xx, a little Shura. It’s the perfect song for the moment when Michelle Pfeiffer’s character from Scarface slides into that car and drives far, far away.”

Violante, both an author and a composer, creates amazing melodies that multiply musical landscapes. She creates a synthetic sound with electronic and pop references. In her music, she talks about love, the difficulties of being, tolerance, feeling melancholy and the death of romance being nocturnal wanderings.

Violante is certainly a prodigy of the French Electronic scene. In addition to her own work, she is also part of the French band Haussmann. They are known for their single “Boys Like Us,” which is featured in the French film “Les Infidèles” by Jean Dujardin.

Her first self-titled EP came out in 2012. Additionally, she is featured on Feadz’s track “Far From Home,” and has remixed “Rien” by La Chatte, “Jenny Kissed Me” by Fiodor Dream Dog, “Cruel Sexuality” by La Roux, “England” by Kid North, “Alright Heavy Fuck” by Trésors and more. 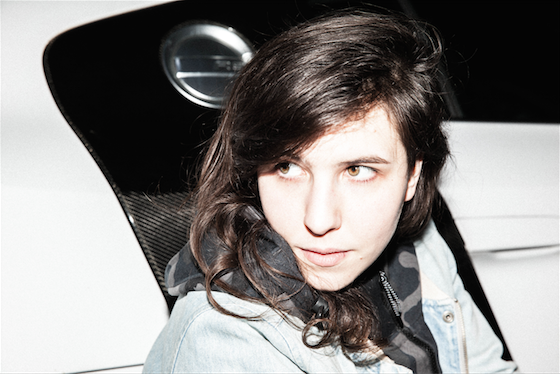