+ Out Tomorrow via Nevado Music

“While echoing bands like My Morning Jacket and The War on Drugs, they clearly take their own words to heart, anchoring the songs with familiar, comforting folk rock tropes, while making an ever-increasingly confident stand for their own signatures: spacious rockers, dynamic emotional perspectives and Gardiner’s bittersweet, but earnest vocals” – KCRW

“On their upcoming album, Let’s Be Ready, the Wooden Sky rocks their roots in a big way with steely riffs and rumbling rhythms underneath often anthemic melodies.” – The Bluegrass Situation

” …atmospheric, War on Drugs like guitars and a swirling atmosphere that feels more influenced by mood music like M83 than the roots of yore”– The Wild Honey Pie

w/ TV on The Radio, The Kills, Built to Spill 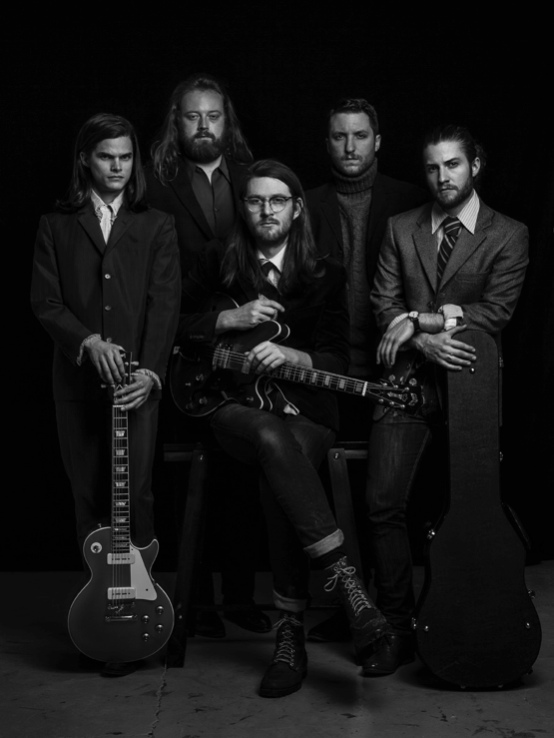 The Wooden Sky will release their highly anticipated fourth album Lets Be Ready, tomorrow, 6/16 via Nevado Music, and today it is streaming in full over at KCRW. Produced by Chris Stringer (Timber Timbre, Ohbijou), this release marks the start of new beginnings for the tireless roots rockers.

While in a small beach town filming live versions of their songs at an old theatre, the guys got a request from their long time cameraman to play their rendition of the Tom Petty classic “American Girl”. Reluctant at first, the band fired up their amps and unleashed their live energy that they have become known for. After they saw the footage, it was clear that they captured something special and they wanted to share it with the world. When asked about why the band chose to start covering this song, lead singer/guitar player Gavin Gardiner said, “’We still believe in rock and roll, this song embodies a lot of that spirit”.

The Wooden Sky draw on both thoughts of the past as well as what lies ahead as Lets Be Readymarks a step forward for the band. Be sure to catch them live this summer, and stay tuned for more chances to experience the band’s most dynamic and confident album to date on a stage near you.