Featured Alongside Run The Jewels on Flosstradamus’

“Don’t Trip” from the Soundclash EP which hit #1

“Tongue-in-cheek, with an OTT 80s aerobics video vibe and playful use of phallic and yonic shaped fruit, Sizzy Rocket takes a genuine moment of queer experimentation and portrays it not as a titillating show for the guys, but as an instance of a woman taking control of her sexuality for herself” – OUT Magazine

“Sizzy plays with typically “male” tropes and flips the narrative, painting herself as the womanizer who isn’t afraid to explore her sexuality and take what she wants.” – PAPER

“I love her voice, her sense of style, and her twisted take on the world. It’s so inspiring to find an artist so young yet completely sure of who she is.” – Babydaddy of Scissor Sisters 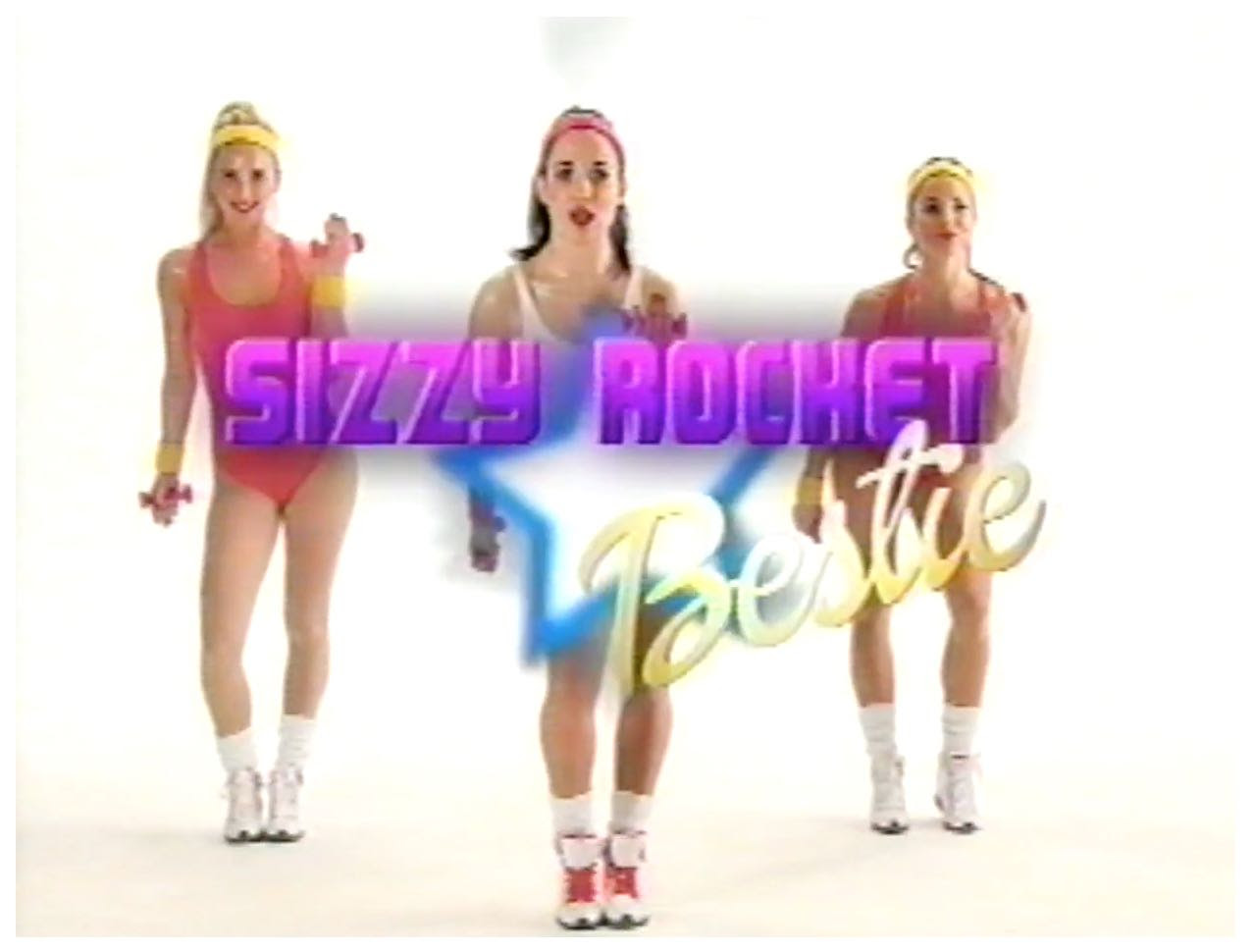 Sizzy Rocket is no stranger to the studio. Since signing a publishing deal with Universal Music Publishing, the NYU’s Clive Davis School of Music drop-out has written with numerous successful writers and producers including Diplo, DJ Khalil, Jim Jonsin, Alex Da Kid, Oak and Tiago. She was also recently featured alongside Run The Jewels on the Flosstradamus track “Don’t Trip” which she also co-wrote.

Today, she shares the video for her lead single, “Bestie,” produced by “Babydaddy” of Scissor Sisters. A parody of pop culture and queer cynicism, the video illustrates Sizzy’s feminist stance by embodying the stereotype of the womanizer instead of fighting against it, as it mimics the issue in her own girl-on-girl situation.

“Bestie” video premiered with OUT Magazine

Though sonically upbeat and fun, her music is inspired by trauma, by young love gone wrong, by danger, by a darker side. Most pop stars only sing about the fantasy of taking someone home, of getting wrecked, but Sizzy’s whole thing is about exposure. What happens when you exploit the fantasy? What is underneath? It’s something much darker. It becomes visceral and uncomfortable, borderline violent. It’s rock n’ roll.