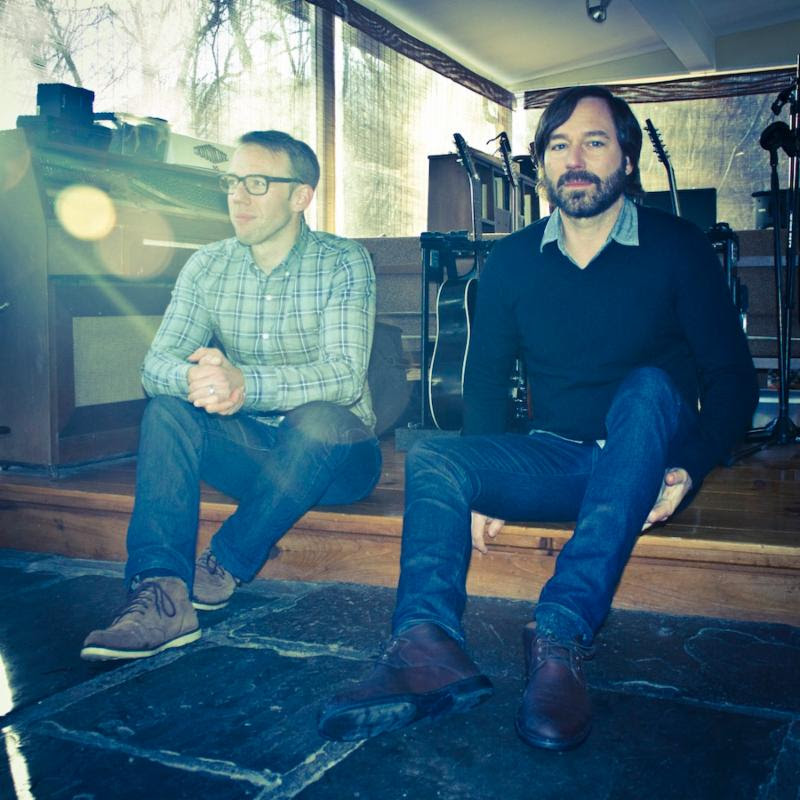 Stream: “Take Me With You” via Baeble Music or SoundCloud
Watch: “More No More” lyric video via Paste Magazine or YouTube

Matt Pond PA’s new album The State Of Gold will be released June 30 on the newly relaunched Doghouse Records, the label known for introducing such artists as The Get Up Kids, Hot Water Music and Say Anything. Baeble Music premiered “Take Me With You” from The State Of Gold. Matt Pond says, “Last year, I made it from Oakland all the way back to Bearsville, NY. Crossing the country, I watched those shaky vows of feigned love fall down around me like ruins. Once I hit the east coast, the songs started flooding from my mind. There’s nothing like an incontinent mind. It’s strange how much the natural world can bring me back to life. Sometimes I see us all as variations of Frankenstein’s monster, trying to get back into warmth of the world. ‘Take Me With You’ refers to the shared rope I imagine we climb out of our separate darknesses, into the blast of light.
Earlier this spring NPR premiered “The State Of Gold Pt. 2” on their All Songs Considered Show.NPR said, “After suffering an epic bout of writer’s block, songwriter Matt Pond exiled himself to a winter cabin in Bearsville, New York, where his creativity was finally awakened. “The State of Gold, Pt. 2,” is celebratory yet wistful.” Additionally, Paste Magazine shared a lyric video from the album’s lead track “More No More” which features Laura Burhenn of The Mynabirds and Matt Iwanusa of Caveman in the recording. The State Of Gold is available for pre-order now via iTunes. Fans that pre-order the album through iTunes will receive an instant download of the album’s lead track “More No More.”

It’s hard to pin down all the different sides and stories that make up Matt Pond PA, but that’s part of their charm. They’re one of indie rock’s most unique and prolific bands, with nine full-length albums, ten EPs and innumerable tours as well as features on The O.C. and in a long-running Starbucks holiday commercial. And thanks to a successful Pledge campaign, they couldn’t be more excited to do it all again with their new album, The State Of Gold.

Matt Pond says, “One day in January of 2014, during our final session in the Bearsville cabin where we’ve written and recorded scores of songs over the years, the afternoon sunlight suddenly blew my mind. It shot between the trees, off the snowy ground of the pine forest, through the icicles of the overhanging eaves and down across the floor to my feet.

Pond continues, “I’d spent the previous year with a Stonehenge-sized writer’s block that followed me to all the corners of the country – along the winding aimlessness of tours and the failed attempts to stake claims in St. Augustine, Florida and Oakland, California. Day and night, I maintained shaky staring contests with a blank notebook while sarcastic palm fronds floated outside. Then January came and I woke up in the woods. The outline of a window frame, burning with bright yellow light, slowly edged across the cabin floor. I was in love and I was where I wanted be. I wrote “More No More” as if I were plagiarizing off the flecked and worn wood floor. The rest of the songs started flooding in throughout the spring. “Take Me With You”, “Emptiness” and “Four Eyes” were answers to questions I didn’t know how to ask. Through the summer and fall, the deluge continued until its ultimate end and answer, The State of Gold.”