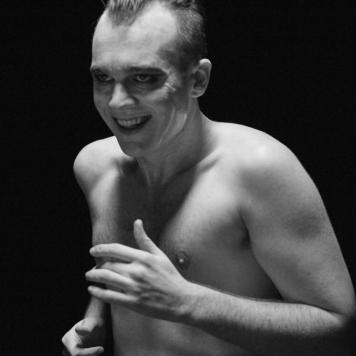 RELEASE VIDEO FOR ‘LOOK WHO’S BACK’

SUPPORT FOR LOOK WHO’S BACK

“An ethereal journey that will leave you feeling atmospheric in the best way possible.”
The Wild Honey Pie (USA)

“Soaring and encasing as any mega-hit from the indie-rock canon.”
Soundly Sounds (AUS)

“I find myself always pressing play again straight after it’s finished.”
Me And All My Friends (AUS)

Following on from the growing success of their latest single ‘Look Who’s Back’, Sydney-based post-rock quartet, Hedge Fund, have unveiled an accompanying music video for the track which stars front-man and director William Colvin.

Colvin, on his motivation behind the clip –

“The song is about apathy and frustration. So what better symbol than the treadmill – a literal road to nowhere.”

Running, for me, is an expressive act and it’s an addiction, a literal physical addiction. I need it, if I don’t run once every couple of days I start to go mental. But the treadmill takes everything worthwhile about running and cages it, commercialises it, industrialises it.”

Since releasing ‘Look Who’s Back’, the band has managed to capture favourable attention online – charting at #16 on the hype machine charts – as well as receiving strong local radio support from triple j, and national community radio stations via four-weeks of chart success on the AMRAP Metro & Regional Charts.

‘Look Who’s Back’ is now available to stream via Soundcloud

Video for ‘Look Who’s Back’