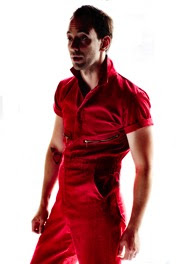 Today, Albert Hammond Jr. is pleased to share plans to release his third solo album, and first in five years, entitled Momentary Masters. The album’s name derives from a phrase in astronomer Carl Sagan’s Pale Blue Dot: A Vision of the Human Future in Space– a notion that underscores the truism that every triumph is fleeting.

“I feel like the best songs I’ve written, as soon as I was done, I was like, ‘Oh my God, I did it!’ But in that split second that it comes, that feeling goes,” Hammond Jr. explains. “It’s the same thing when you find complete happiness, you find this complete low. I feel like that’s what being creative is: It’s you bouncing with emotion and what you capture in those bounces. Accept where you are and use it.” And Albert has done just that. In a recent interview with Paper Mag Hammond Jr. discusses his new domesticity and it’s influence on his third record. “He’s cleaned up, gotten hitched, and moved from the city to upstate New York, but hasn’t lost the ability to create soaring rock riffs and catchy hooks.”

Due to drop on July 31st in the US via Vagrant/BMG, Momentary Masters serves as a follow up to 2006’s Yours To Keep and 2008’s ¿Cómo Te Llama?  ”We’re huge fans of Albert Hammond Jr.’s and are excited to be working with him on his best effort yet,” says Jon Cohen EVP of Recorded Music for Vagrant/BMG.

Recorded in Hammond Jr.’s home in upstate New York in a converted barn he calls One Way Studios, Albert created Momentary Masters alongside guitarist Hammarsing Kharhmar (Mon Khmer), guitarist Mikey Hart (Bleachers), bassist Jordan Brooks, and drummer Jeremy Gustin (Delicate Steve, Marc Ribot). The sessions were extremely relaxed which encouraged space for creativity and collaboration. The result offers a new kind of dynamism: you can hear it in “Power Hungry,” with its Morricone-esque grooves and a Mellotron manipulated to sound like violins; or in the aggressive stomp and anxiety-inducing guitars of “Caught By My Shadow.” Even on “Side Boob”—titled so because, hey, why not celebrate a good thing?—there’s a jittery energy that leaves the listener excited.

Momentary Masters is a record that reflects on missed opportunities, choices made, wasted time, and paths not chosen. He calls it “a love letter to my past self.” The music might be largely buoyant—spry, breezy guitar lines locking together and dancing apart—but melancholy frequently seeps into even the sunniest of toplines. It’s a record of acceptance too. Tucked in the songs is an exploration of the reconciliation of two halves: the best self that you present to others, and the self that slips through and lies exposed when your guard drops.

Today, fans can get a taste of Momentary Masters by streaming the album track “Born Slippy” on Soundcloud.

Listen To ‘Born Slippy’ below:

Albert Hammond Jr. will be on tour in North America from the beginning of September until the beginning of November. All dates (except fests) are on pre-sale beginning today directly via Albert’s website.  A full list can be found below. 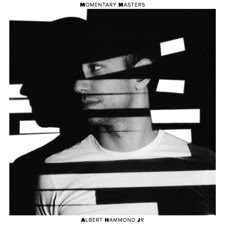 September 17 Toronto, ON @ The Opera House