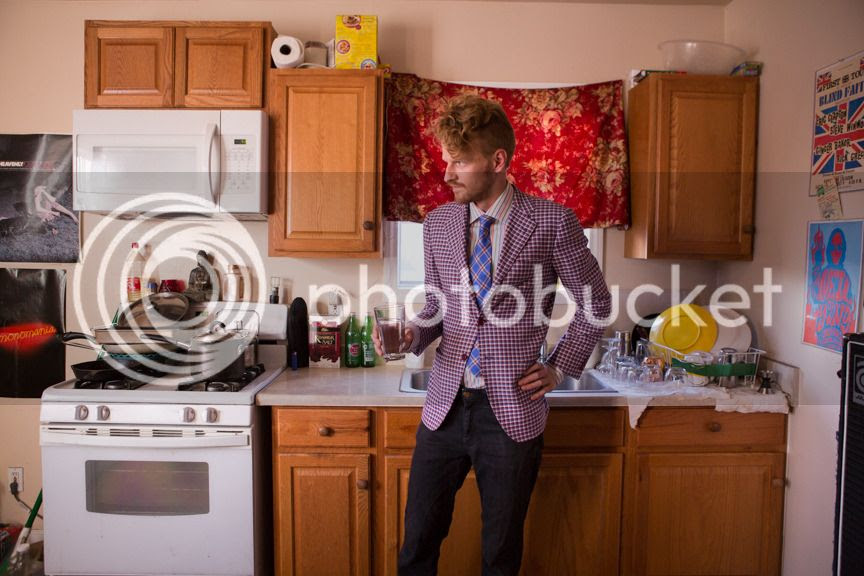 “His appreciation for both old and new gives his music a singular sound, while still

maintaining  the feel of a classic record you found in your attic and just
dusted off.” – Culture Collide

“With just enough distortion on his vocals, a driving jangly rhythm guitar, and softly
swelling strings, “Old Dream” is a quick jaunt into the whimsical recording techniques of the past, while still creating an endearing track that feels fresh.” – Flood Magazine

Paul Bergmann’s Ltd. Edition Vinyl 7″ featuring “Old Dream” / “Summer’s End” is out today on Fairfax Recordings. The 7″ which is limited to 100 copies on white vinyl and 400 on black was co-produced by Kevin Augunas and Nick Waterhouse also features string arrangements by the legendaryJimmy Haskell. Paul Bergmann’s sound has been compared to Nick Cave, early Johnny Cash, and Leonard Cohen. His Fairfax Recordings debut 7″ can be ordered here or digitally via iTunes.
Paul Bergmann grew up in small-town seclusion, nestled in the rolling uplands of Western Massachusetts. Isolated from an active youth music scene, his sonic roots descended from his parent’s canon of Joni Mitchell, Bob Dylan, and Gordon Lightfoot. Recognized early on for his vocal potential, Bergmann’s childhood was often spent shuffled between voice lessons, choirs, musicals, and operas, polishing his vocal chords to have the sheen of facile, glassy, grace still audible today. Bergmann enjoyed singing, but consistently tired of channeling it into such formal products.
It was not until the end of college that his fingers finally wrapped themselves around the neck of a guitar. Instantly hooked, the instrument became more like a saw-horse, for Bergmann, than anything else – a workbench upon which he spent days and nights hammering away at his first attempts at folk songs.
Bergmann returned home after college long enough to find himself in a surf-punk band on a crash-course for Los Angeles – spurred by what he refers to as “big rockstar dreams.” However, as many struggling musicians find out, pursuing the dream in Los Angeles is equal parts art and pure hustle. When the surf-punk project eventually petered out, Bergmann was undeterred. He took a deep breath of that exquisite L.A. smog, turned on some Johnny Cash, and set his nose to the grindstone of what has become a rich and varied musical career.
The rest has been constant craftwork, with Bergmann sanding and staining his musical style into various projects, each with its own architectural integrity.”Eekis” was born after meeting drummer Laura Doolin in 2012. Like raw driftwood, the band scoured itself into country, garage-style ruckus informed by such duos as the Cramps and the White Stripes. After feeling the pull to “get back to the songs,” Bergmann reoriented, threw the needle on a constant soundtrack of Woody Guthrie, and wrote thirty folk songs in sixty days. It was after this “back to the basics” experiment that Bergmann truly found his sound, lacquering the results like deep rosewood onto his exports with the Fair Moans in 2013. Backed by a full ensemble, the album “1” was a ghostly collection of folk gone southern-gothic. With his soaring baritone and eerie whistle, Bergmann proved he could blow the breath back into a dead songbird.
With clean, true purpose and burnished artistic vision, Bergmann channels himself now into partnership with Fairfax Recordings. Abiding by Bob Dylan’s folk philosophy of placing the integrity of the song before all else, Bergmann has been spending more time on the writing process than ever before. In his current creative efforts, he’ll tell you that he strives for honesty but not overexposure, vulnerability but not weakness, straightforwardness but not simplicity. He takes inspiration from the natural side of Los Angeles: the beach, the woods, and the outdoors – as well as a near constant stream of Neil Young’s On the Beach.
Fittingly, his two new singles (“Old Dream” and “Summer’s End”) were recorded in Fairfax’s “Studio A,” – the very same room where Neil Young himself tracked After the Gold Rush when the studio was known as Sound City. Paul Bergmann’s 7″ is out today with a full LP on the way later this year.