Band To Perform On Late Show with David Letterman Tomorrow and 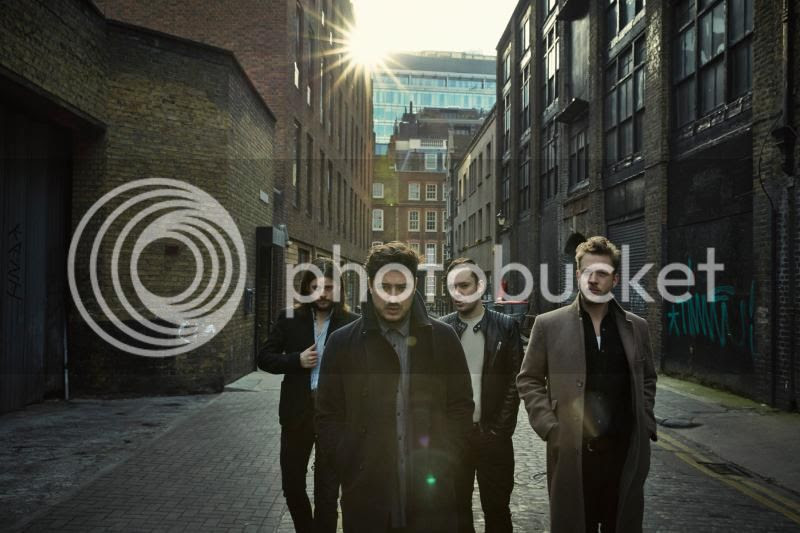 The band will be performing songs off the new record tomorrow on CBS’ Late Show with David Letterman and on Comedy Central’sThe Daily Show with Jon Stewart this Thursday.

They will also be performing at the iHeartRadio Album Release Party with Mumford & Sons, which will video stream live exclusively on Yahoo Screen (www.yahoo.com/iheartradio) and live stream across all iHeartMedia Alt, AAA, CHR, Hot-AC, Sports and News-Talk station websites as well as iHeartRadio.com, with a 60-minute on-air special broadcast on iHeartMedia Alt and AAA Rock radio stations. This performance will broadcast on Friday May 8 at 8 pm local times.

Closing the week out is an invitation-only concert for SiriusXM listeners at the McKittrick Hotel in New York City, airing live on Saturday, May 9 at 9:00 pm ET. The performance will air on Mumford & Sons new, limited-run SiriusXM channel, “Mumford & Sons Radio.” The channel will feature music from the band, including songs from the new album, the band’s favorite songs by other artists, as well as band members telling stories behind their new music and songs from their previous records. Listeners will also get the chance to hear previous Mumford & Sons performances from the SiriusXM studios on “Mumford & Sons Radio.” The limited-run channel will air starting Monday, May 4 and will air through Saturday, May 9 via satellite on channel 28 through the SiriusXM App on smartphones and other connected devices, as well as online at siriusxm.com.

The band recently premiered a live video for new single “The Wolf” which they performed on Saturday Night Live. “Believe,” the first single from Wilder Mind, already hit number 1 at AAA and Alternative Rock Radio. The new album is also being promoted across all Sirius XM Rock channels this week.

Gone are the band’s signature banjo and kick drum, replaced by a new emphasis on percussion and focused guitarwork that references rock traditions of the 1970s and 1980s. Experiments in texture and dynamics in early writing sessions in London led the band to a more widescreen, panoramic approach. And yet the songcraft, lyrical depth, and emotional urgency are unmistakably Mumford & Sons. Marcus Mumford describes Wilder Mind as “a development, not a departure”, a conscious decision by the band to expand their horizons while holding true to the key elements of their sound.

The album is available to pre-order now, with “Believe” and “The Wolf” both available as instant downloads.

Mumford & Sons will travel coast-to-coast in the US and Canada this summer in support ofWilder Mind, including headline shows in Brooklyn and Chicago, appearances at Bonnaroo, Outside Lands, and Squamish, and their own Gentlemen of the Road Stopovers. For the full itinerary, please see below.

The band recently announced the details of their 2015 Gentlemen of the Road Stopovers, which will take place in Seaside Heights, NJ; Waverly, IA; Walla Walla, WA; and Salida, CO. For full lineups and details, visit http://www.Gentlemenoftheroad.com.

Jun 15 – Niagara-on-the-Lake, ON @ The Commons at Butler’s Barracks