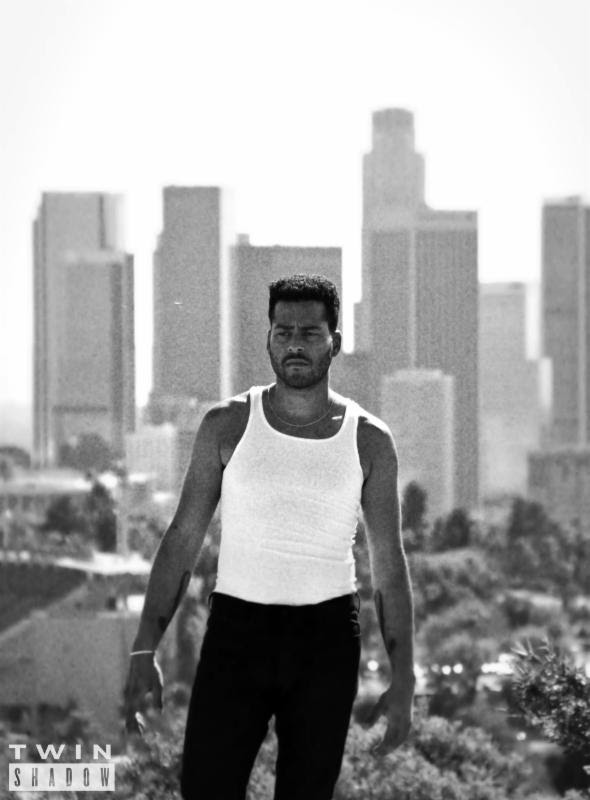 PERFORMING ON SETH MEYERS, MAY 6

Twin Shadow aka George Lewis Jr. is premiering the new video for his track “I’m Ready” today via Complex. You can watch it exclusively over on the Complex site: http://ca.complex.com/music/2015/05/twin-shadow-im-ready-video-premiere

Complex says, “In the dramatic, black and white Lance Drake-directed video, George Lewis Jr., or Twin Shadow, faces off against his adversaries while trying to save the city from the oncoming destruction that could easily substitute as a summer Blockbuster film in Hollywood.”

Twin Shadow will perform the track live on Late Night with Seth Meyers next Wednesday, May 6.

“I’m Ready” is taken from Twin Shadow’s recently released album Eclipse (Warner Bros. Records), which has been earning outstanding praise from press. NPR said, “‘When The Lights Turn Out’ goes even bigger, via a sound abounding with peals of U2-style guitar, strings that seem lifted from The Verve’s ‘Bittersweet Symphony,’ and drums that sound as if they’ve been pummeled by Thor from the cataclysmic rock band Swans,” Rolling Stone said, “Eclipse is an album that’s self-assured and unrestrained,” and Entertainment Weekly writes, “Lewis’ seductive voice provides irresistible tether.”

Lewis and his band were recently involved in a tour bus accident in Colorado, and have indefinitely postponed tour dates previously scheduled for April 21 – May 29 while everyone involved in the accident makes a full recovery.