“Painted Shut features a pack of taut, guitar-driven tracks that come topped with Quinlan’s uniquely throat-ripping vocals, which are as thoughtfully unpolished as they are unmistakable.” – SPIN

“ …the tones here are bright and pristine—but the subject matter is far from it.” – FADER

“The words stem from places of frustration and even darkness, but the music is pure, riff-churning headlong joy.” – NPR (David Dye, World Café)

“Painted Shut might just end up being the best album of the year.” – VICE’s Noisey

“I have never heard a voice quite like Frances Quinlan’s.” – Vulture, 12 Best New Songs of the Week

“Painted Shut is less a vast departure from what Hop Along have created previously than a confident leap forward, in terms of musicianship, storytelling, and studio mastery.” – Village Voice 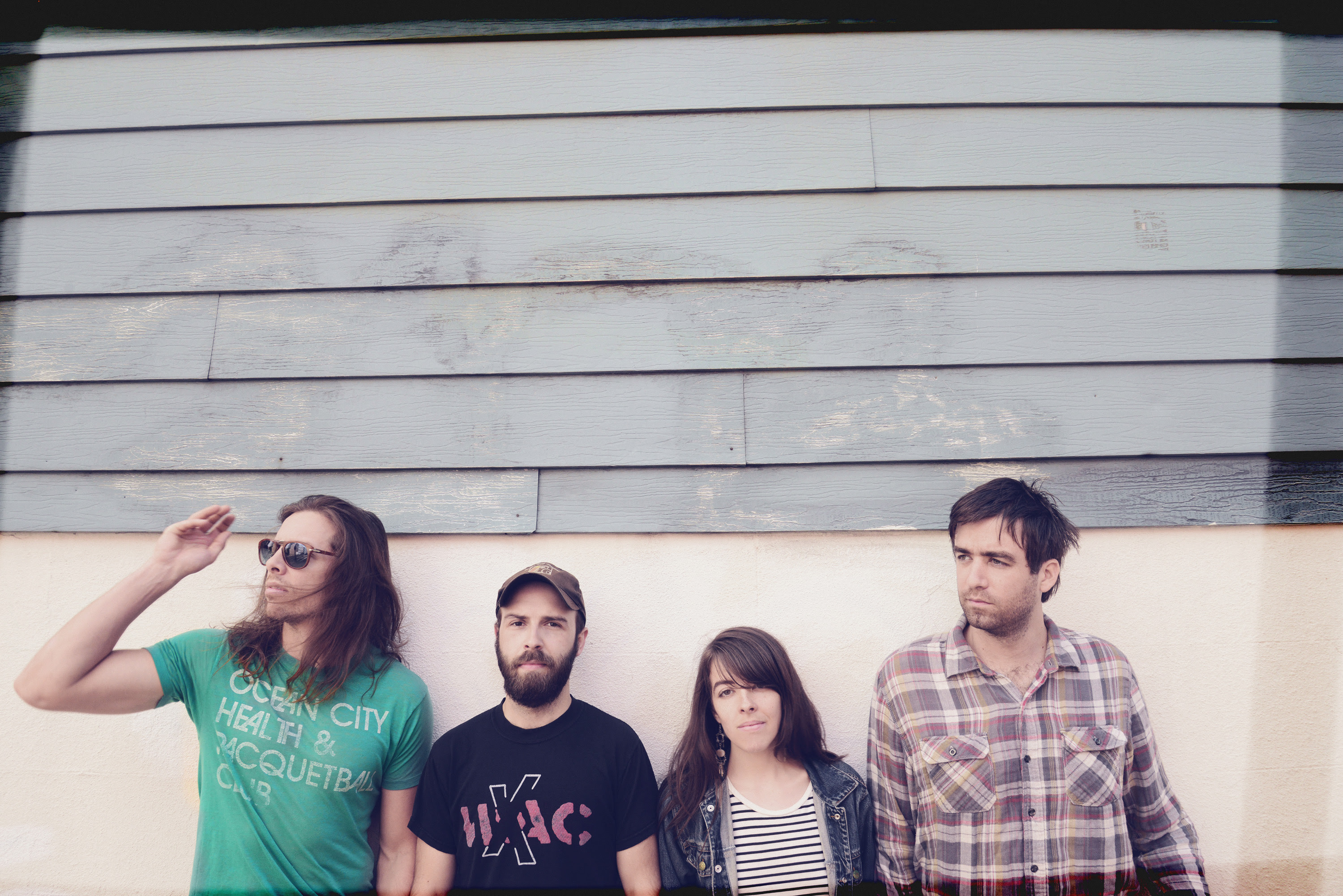 The band has shared a handful of tracks off Painted Shut, and today they are thrilled to reveal the long awaited full album stream with SPIN. Hop Along will kick off a national headlining tour with an album release throwdown in NYC on May 5th, giving fans ample time to spend with the album before the band comes through their town. Revered for their electrifying live show, be sure to catch them in a city near you!

Recorded and mixed by John Agnello (Kurt Vile, Dinosaur Jr, Sonic Youth) in Philadelphia and Brooklyn, Frances is joined by Mark Quinlan (drums), Tyler Long (bass) and Joe Reinhart (guitar) on Painted Shut. Often depicted on the album are the two lives of legendary (though generally unknown) musicians Buddy Bolden and Jackson C. Frank, who were plagued with mental illness until their penniless deaths. It touches upon accounts of poverty, abuse, greed; and banal, sub-par behavior. The songs present themselves unencumbered despite the difficult subject matter, at times both jubilant and irreverent.