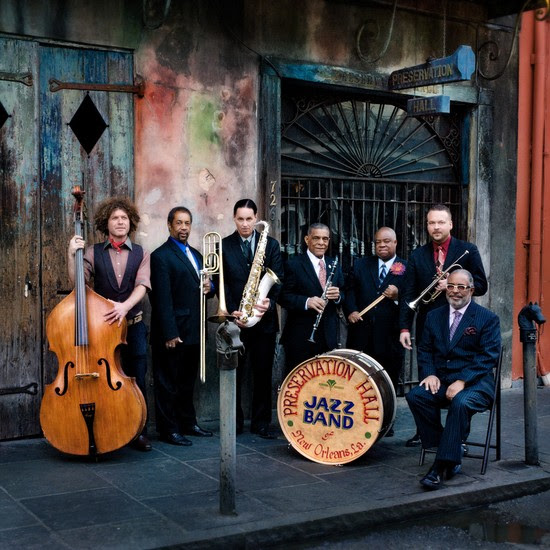 Join the Legendary Band as they Travel to Cuba

The Preservation Hall Foundation would like to extend an invitation to fans all over the world to accompany the Preservation Hall Jazz Band on their historic first trip to Cuba. This landmark meeting between the people of Havana and this quintessential American tradition will mark the beginning of what is sure to be a fruitful relationship.

The event includes an in-depth look at the city as well as unforgettable musical experiences highlighted by Preservation Hall Jazz Band’s opening set for the 37th annual Havana Jazz Festival. The event will take place from Monday December 14 through Tuesday December 22, 2015 and is produced by Cuba Tours and Travel. It is fully authorized as a “People to People” excursion to Cuba.

While the focus of the exploration is to accompany PHJB to their major concert date the experience will also allow the group to meet and get to know everyday Cuban people, visit the best and most innovative music venues, as well as meet musicians and composers while visiting a variety of artist studios.

This package also marks the expansion of the Preservation Hall Foundation’s “Neighborhood Horns” program. The program, which has seen incredible success in New Orleans, provides instruments to classrooms in order for children to receive a musical education. The foundation will be partnering with the longtime Cuban music NGO The Horns Project/Horns to Havana. This partnership will also further the foundation’s mission to “Protect, Preserve, and Perpetuate New Orleans music and culture” by communicating the story of Preservation Hall to the Cuban people and exploring the two cities’ common Afro-Caribbean musical bond.

Be sure to also check out the Preservation Hall Jazz Band as they tour the United States in the coming months.

Tour Dates
May 8 at Pfeiffer Hall in Naperville, IL
May 10 at Shaky Knees Music Festival in Atlanta, GA
May 15-17 at Hangout Music Festival in Gulf Shores, AL
May 30 at Bottlerock Festival in Napa, CA
May 31 at Gallo Center for the Arts in Modesto, CA
June 1 at Sweetwater Music Hall in Mill Valley, CA
June 7 at Music Theater in Phoenix, AZ
June 9 at Sheridan Opera House in Telluride, CO
June 10 at The States Room in Salt Lake City, UT
June 11 at Brooklyn Bowl LV in Las Vegas, NV
June 12 at Montalvo Arts Center in Saratoga, CA
June 13 at Belly Up Tavern in Solana Beach, CA
June 14 at Playboy Jazz Festival in Los Angeles, CA
June 25 at Evans Amphitheater in Cleveland Heights, OH
June 23 at Stuart’s Opera House in Nelsonville, OH
June 26 at Electric Forest in Rothbury, MI
June 27 at Electric Forest in Rothbury, MI
June 28 at Electric Forest in Rothbury, MI
July 30 – August 2 at Gathering of the Vibes in Bridgeport, CT
August 4 at Celebrate Brooklyn in Brooklyn, NY
August 13 – 16 at The Peach Music Festival in Scranton, PA