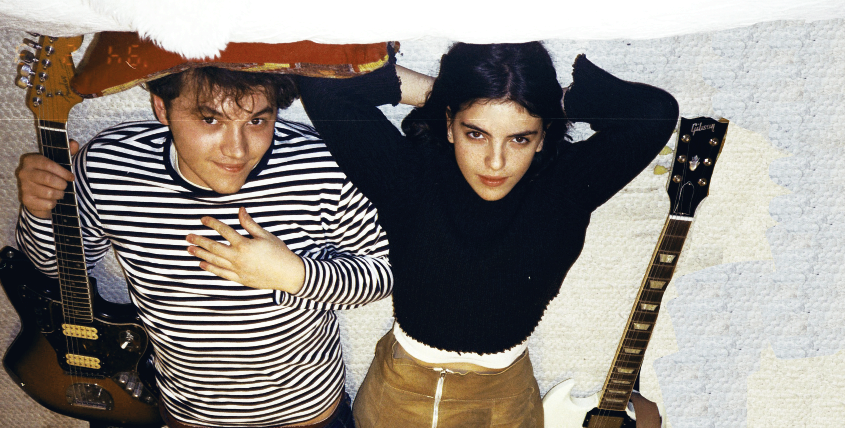 New York City’s Jack + Eliza are hitting the road in the UK and North America this spring and summer as they approach the release of their debut album, Gentle Warnings, out June 9th on Yebo Music and available for pre-order now on iTunes. Upcoming tour dates, including appearances at The Great Escape and Dot to Dot festivals, may be found in full below. In conjunction with the tour announcement, Jack + Eliza are releasing the new single “Oh No” on SoundCloud. Stream “Oh No” as well as the Chris Taylor produced song “Diamonds” below.

Stream “Oh No” via Noisey :

Jack + Eliza burst onto the scene last year with their critically acclaimed EP No Wonders, receiving positive attention from the likes of Noisey, Consequence of Sound, Brooklyn Vegan, Paste, TIME, Nylon, New York Times T Magazine, and many more. This past winter, the pair split their time between college studies and the studio, working on recording music for Gentle Warnings with producer Chris Zane. Their new album builds upon and incorporates some of the songs that comprised their debut EP, which won plaudits for the way their “vocals entwined in a sun-dappled embrace akin to the harmonies of John and Michelle Phillips and Mama Cass,” (Noisey), and captured what Consequence of Sound described as the “exuberance of youthful energy.”

Though still new to most, the born and raised New Yorkers have a beyond-their-years sensibility that belies their relatively young age. Eliza first showcased this talent publicly when she became the youngest ever winner of the prestigious John Lennon Songwriting Contest “Song of The Year” award at just 16 in 2011, and Jack had long been performing and writing music in bands of his own. When they began writing together the results were serendipitous, each amplifying the strengths and creativity of the other.