PREMIERES NEW LIVE VIDEO FOR “BRING YOU DOWN” ON FUSE.TV

HEADLINING TOUR DATES THIS MAY

THE DEAR HUNTER LIVE OUT NOW 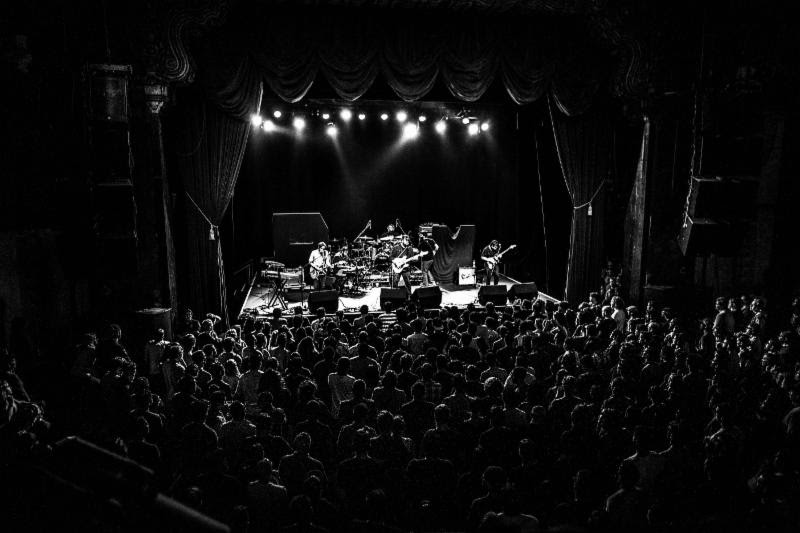 Today, The Dear Hunter – featuring multi-instrumentalist, vocalist and songwriter Casey Crescenzo – premieres their new live video for “Bring You Down” on FuseTV. This song is from the band’s 2013 release Migrant. This stunning version of “Bring You Down” features accompaniment from a live string quartet, and is the first track on their recently released album, The Dear Hunter Live. The video was filmed entirely by the band while performing on stage using GoPro cameras.  The footage was later edited together by their friend Brittany Joyner and set to their opening song.

Watch the video for “Bring You Down” NOW on Fuse.TV

The Dear Hunter have announced that this year the band will release Act IV: Rebirth In Reprise on Cave & Canary Goods, Casey Crescenzo’s imprint label within Equal Vision Records.  This will be the long-awaited continuation of the band’s six album concept series chronicling the story of a boy at the turn of the century, only referred to as “The Dear Hunter”.  Act I – III were released between 2006 – 2009, before Crescenzo temporarily stepped away from the series to work on the critically acclaimed 2.5 hour, 9 EP, 36-track collection: The Color Spectrum, his latest full-length Migrant, and his own personal symphony Amour & Attrition.

In celebration of the forthcoming album, The Dear Hunter will exclusively be performing songs from the band’s early releases: Act II: The Meaning Of, And All Things Regarding Ms. Leading and Act III: Life and Death. The headline tour will kick off on May 5 with two nights at The Sinclair in Cambridge, Mass., playing the entirety of Act II the first night and the entirety of Act III the second. The band will follow the same format for their two nights in NYC at the Gramercy Theater onMay 7 and 8. The tour will take the band to Philadelphia, Chicago, LA and more before coming to an end at The Independent in San Francisco on May 24. A complete list of tour dates below and for more information and tickets you can go to http://www.thedearhunter.com.

Last month, The Dear Hunter surprise released the aforementioned The Dear Hunter Live, which was influenced and inspired by Crescenzo’s own experience with touring and performing live. “Over time, I began to discover the live performance as an opportunity to create something new, and fleeting, each night – with an entirely different palette of instruments, both musical and human,” said Crescenzo.

“Though the fear of the stage, and nervousness associated with outgoing interactions never left, a new feeling eclipsed them both – and with this grew the desire to improve. It was always a journey of some strange.”

“From this desire to grow, and through incredible fortune, I was given the opportunity to design a tour that I had never thought possible. A night devoted to performing with The Dear Hunter and a string quartet.”

The ten-track album is available now on all digital retailers and streaming in its entirety on YouTube.com/equalvision. Physical copies are available exclusively at shows and through the band’s Official MerchNOW store: http://thedearhunter.merchnow.com/

** = Playing Act II in its entirety

*** = Playing Act III in its entirety