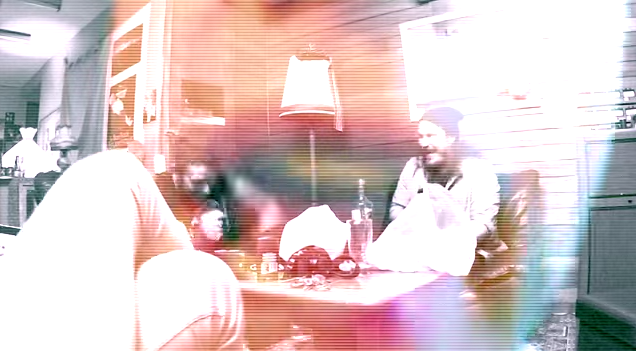 “I found myself humming the tune long after I had listened to it.”
Pile Rats (AUS)

“It’s dynamic and fun, and without a doubt would go down a treat live.”
hhhhappy (AUS)

“A tune you are guaranteed to continue to hum once the song comes to a finish.”
Casual Band Blogger (AUS)

Brisbane-based indie-rock quartet, Sans Parents, have just followed up their highly praised second single ‘Loose People’ by revealing an accompanying DIY music video, which was shot and directed by members of the band.

“The video for Loose People is the result of all those years of watching and recording Rage and Recovery (pre YouTube) on VHS in the 90’s.

It’s not only a tip of the hat to the era we grew up in and love – but a way for us to bring people into the visual world that our music and general vibe lives in and is informed by.”Since the release of ‘Loose People’, the track has been added to spot-rotation on triple j, received strong support from worldwide blogs and peaking at #1 and #5 respectively on the Amrap regional and metropolitan charts.

Sans Parents are currently working towards a debut release with Brisbane-based producer, Matt Redlich (Ball Park Music, Emma Louise), and will be unveiling tour dates for June in the coming weeks.

‘Loose People’ is now available to view via Youtube