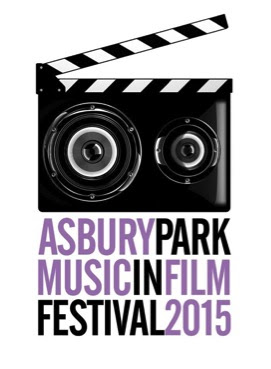 “…the inaugural Asbury Park Music in Film Festival was a long time coming, and we’re oh so glad it’s here.”  The Village Voice

“…the festival serves as a vibrant vehicle for artists and aficionados focused on everything related to musical creativity and the format of film.” – The Aquarian

The first annual Asbury Park Music in Film Festival took place over the weekend along the Southern New Jersey coast, showcasing some of music’s most critically acclaimed documentaries and films. Asbury Park has been a long-time haven for musicians and the setting of some of the greatest moments in music history. Thousands of attendees including notable directors, producers, and musicians enjoyed a jam-packed weekend full of screenings and live performances.

Highlights included Metallica bassist Robert Trujillo’s “JACO”, a documentary focusing on the life of the legendary bassist Jaco Pastorius (featuring Joni Mitchell, Flea, Sting, Geddy Lee, Carlos Santana and more), and over 50 celebrated music films including “Salad Days,” “A Band Called Death,” “Take Me To The River,” and “Made in Japan.”

The weekend also featured performances and discussion panels with such notable musicians as Robbie Krieger, the original guitarist of The Doors, and Darryl ‘DMC’ McDaniels of RUN-DMC and his son, Dson, who are the subject of the film “DMC Squared.”

At the conclusion of the event was an awards ceremony, where the films were judged based on jury selection to receive various accolades in the categories below: