Click Image Above For Mitski’s “Fireproof” (One Direction Cover)

Bury Me At Make Out Creek Re-Release
ft. Unreleased Material, Out Now via Don Giovanni 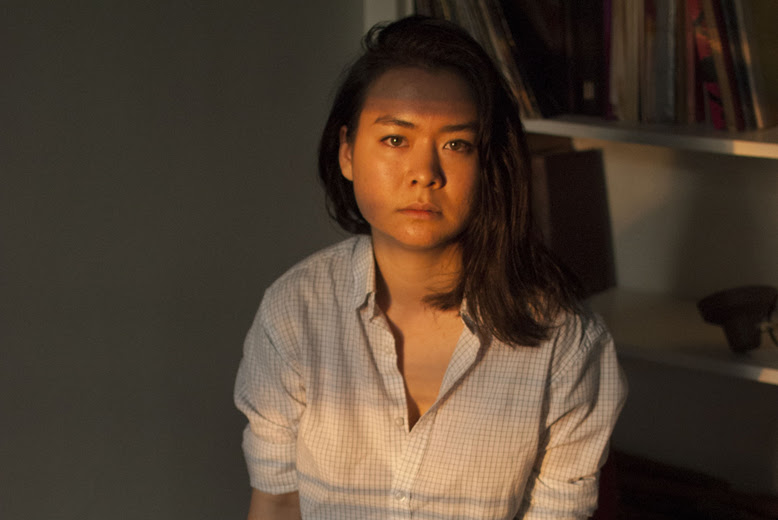 “Of all the performances we witnessed last week at Austin’s annual South By Southwest festival, one show stealer was particularly arresting: Mitski.” – SPIN

” …triumphant moments of misery exploited by addictive melodies and an unbridled sense of self-imposed empowerment.” – Stereogum

“On record, her voice is intense, moving from a gentle hum into high-pitched ad libs, and live it’s even more impressive. From opener Townie all the way to the final track – which is somewhere between Willie o Winsbury and a Kate Bush song – she is completely engaging and delivers the kind of performance that doesn’t belong in a concrete yard surrounded by portable toilets.”
– The Guardian US

“The choruses here soar like power pop, but are subdued by tempo and fidelity, while cheap drum machines are deployed as much for their tone as their rhythm.” – Pitchfork

“The entire record is full of that kind of standing-on-a-cliff vulnerability, manifesting in shades of rough-hewn folk and discordant indie pop.” – FADER

NYC-based songwriter extraordinaire Mitski has just re-released her breakout record Bury Me At Make Out Creek via Don Giovanni Records. This release marks her joining of the Don Giovanni family and includes special, intimate unreleased tracks. With vivid lyrical imagery, buzzed out guitars and evocative vocals, Mitski has created a unique sound built upon her academic musical background, and as she makes the shift from concert hall to DIY venue her new relationship with the storied label will certainly continue to propel the transition.

Mitski took SXSW by storm, winning over crowds with her raw live intensity and soul-shaking lyrics. She just wrapped up a national tour with Hundred Waters and Screaming Females and will join Speedy Ortiz next week. Mitski put her unique touch on “Fireproof” one of her favorite songs from pop darlings One Direction. Paying homage to the percussive-driven original she reinvents the track into an indie rock anthem with gently growling grunge guitar, playful drums and her signature spellbinding vocal delivery.

Mitski shares, “We seem to delegitimize music that has a majority of young girl fans and think of it as having less cultural value. Isn’t that strange? I’m not down with the elitism of indie rock music, where it considers itself to be more “serious” or “intelligent” than mainstream pop. That thought often has nothing to do with the composition or political motivations of the music as it’s conveyed to be about, and more to do with its production, “aesthetic,” and just another kind of branding. Here is a mainstream pop song that I liked and recorded with an “indie rock aesthetic.” Is it more thoughtful now?”

While attending SUNY Purchase and studying music composition, Mitski released two records inspired by orchestral energy and expansive in their own right. The brilliant writer came into her own with 2014’s Bury Me At Make Out Creek, immersed in fuzzy guitars, pounding drums, and poetically poignant lyrics, and created a sound all her own. Be sure to catch her live on tour this spring!