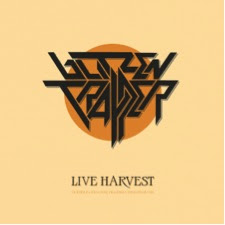 Today, Blitzen Trapper are excited to share the track ‘Heart of Gold’ off their limited-edition Record Store Day LP, Live Harvest.  The band performed Neil Young’s Harvest album in its entirety at the Doug Fir Lounge in Portland while on tour supporting VII and recorded it for release next Saturday April 18th on Record Store Day.   Check out “their graceful rendition of the trampin’, soul-plunderin’ ‘Heart Of Gold,’ on

“I think we all knew the record before we even tried to play it,” says frontman Eric Earley. “It’s one of those records that takes us to that place of comfort and nostalgia like the Dukes of Hazzard or a Chevy Impala.  It just feels good to play it.”

Beginning tomorrow the band will head out on a headline tour that takes them up the East coast and through the Midwest.  In celebration of the release, Blitzen Trapper will, again, be playing Neil Young’s landmark album front to back along with additional fan favorites from their own catalog at the City Winery locations in New York City, Chicago and Nashville.  The other shows on the tour will be traditional Blitzen Trapper performances with a few select favorites from the Harvest album sprinkled into the set.  Additionally, The Sound Garden in Baltimore will host a special Blitzen Trapper in-store performance and signing on Record Store Day at 2 pm.  A full list of dates can be found below.