RUBBLEBUCKET PREMIERE MUSIC VIDEO FOR “ON THE GROUND”

FROM THE NEW ALBUM SURVIVAL SOUNDS

OUT NOW ON COMMUNION RECORDS

ON TOUR THIS SPRING AND SUMMER

INCLUDING PERFORMANCES AT BONNAROO 2015 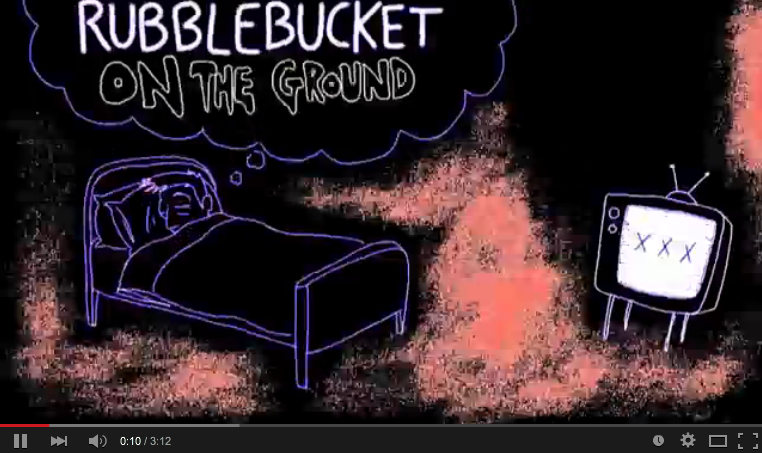 Rubblebucket are fresh off performances at SXSW and a slew of dates throughout the west coast and midwest in support of their new album Survival Sounds, out now on Communion Records. As the band wrap up the current run of shows along the east coast this April, they are releasing the music video for their song “On The Ground”. The beautiful video, animated and directed by Andrew William Ralph, explodes with color and otherworldly imagery, serving as an apt visual accompaniment to the Brooklyn band’s eclectic yet inviting music.

Watch the music video for “On The Ground”

After a brief rest later this month, the band take to the road again in May and June as they continue their headline tour with support from their friends in Vacationer, as well as play festivals like Bonnaroo, Hang Out Fest and Gentlemen of The Road along the way. Members of Rubblebucket are also honored to take part and feature in Master Mix: Red Hot + Arthur Russell!, an all-star tribute to the inimitable late musician. Other artists paying homage to Russell at BAM in Brooklyn, NY on May 29th and 30th include Sam Amidon, Cults, Thao Nguyen, Richard Reed Parry (Arcade Fire), Jake Shears (Scissor Sisters), and more. Full list of upcoming tour dates below.

Rubblebucket was formed after Kalmia Traver and Alex Toth met while attending The University of Vermont. Following graduation, the two were joined by Adam Dotson (trombone, euphonium, vocals), David Cole (drums) and Ian Hersey (electric guitar). Their recently released album Survival Sounds has been praised as “baroque pop of the extremely epic variety,” by Noisey, and according to Spin, the band has won much deserved “notoriety by coalescing bright hooks with a complete disregard for genre convention.”