“Fueled by hand claps, recorders and Japanther’s Ian Vanek’s drumming chops, this is a song that will surely put a smile on your face” – PureVoume 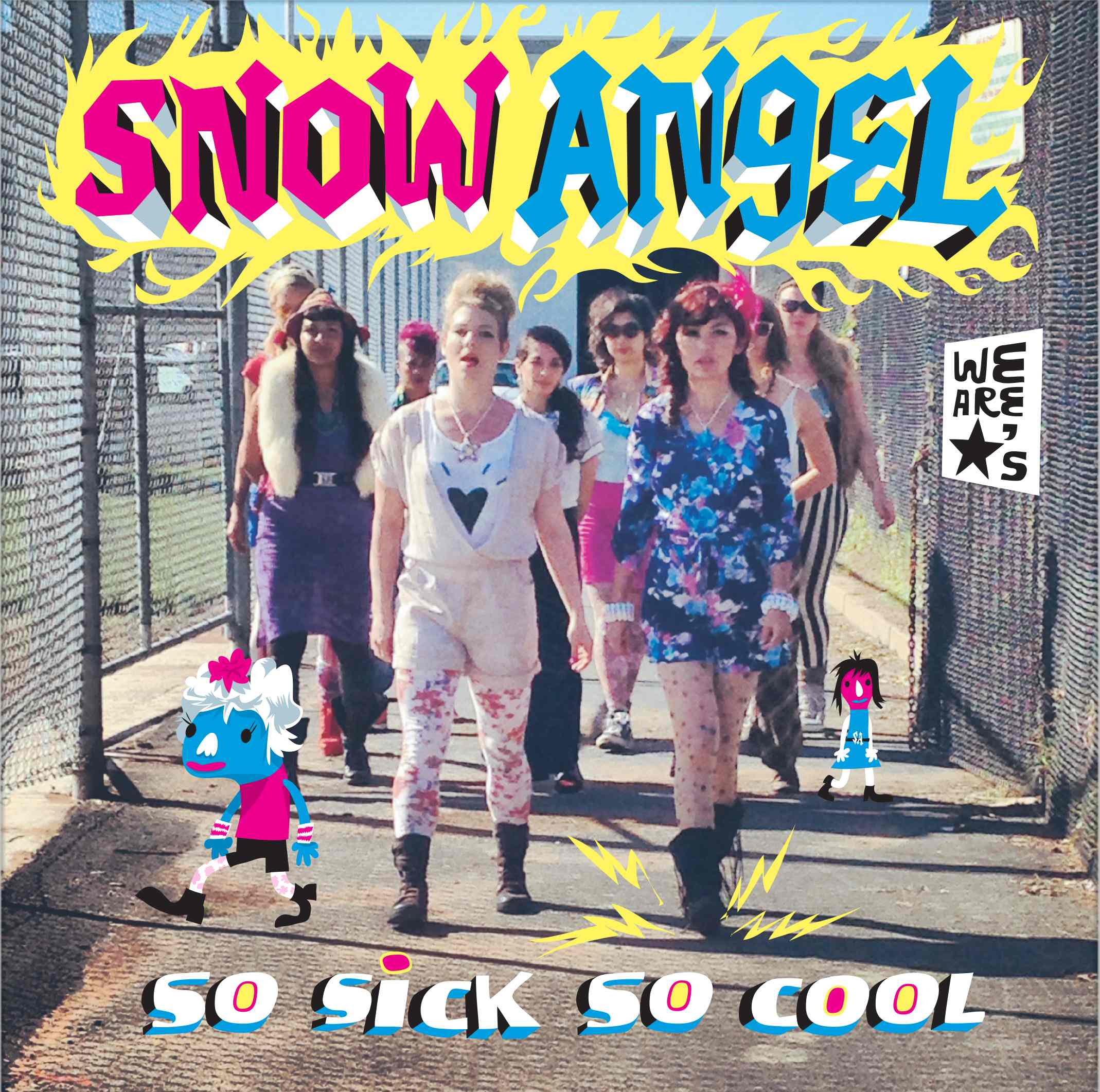 The psych-pop girls of Snow Angel have announced the release of their debut 7” So Sick So Cool out 4/22. Doused with hard-hitting drums, recorders, omnichord, guitar, keys and electric sitar turned all the way up to 11, they will rock the emotional dust off your musical shelf.

Snow Angel’s creative force, Gabby La La, made a major splash with her Les Claypool produced solo album, “Be Careful What You Wish For”. Touring internationally as a member of Claypool’s band, Gabby became known for her virtuosity on the sitar and penetrating stage presence. She created her second album, “I Know You Know I Know” using a Nintendo DS Lite overdubbed with sitar, ukulele, and theremin.

“So Sick So Cool” is the first release from Snow Angel.  The title track features the drumming of Ian Vanek from Brooklyn art-punk duo Japanther. The B side, “We Are Stars” is produced by Boots Riley of The Coup. Tied together with an addictive dose of electric sitar, recorders, and girl power, this double A-side single is sure to put Snow Angel on the musical map.

Both songs on this double A-side single are also represented in video form.  “So Sick So Cool” is a rainbow, patty cake, cheer party of awesome-ness. The video was directed by Kung Fu comedy action genius, Pete Lee. The cinematography was done by or Mark Kohr, who is best known for his directing work with Green Day, Primus and Alanis Morrisette. The video for “We Are Stars” was directed by Nanako Fukui. These visual representations will give the world their first glimpse into the world of Snow Angel.

Listen to “So Sick So Cool”  below:

A twelve year veteran of the Ali Akbar College of Music, Gabby La La graduated from Cal Arts, and was one of the founding members of Dakah Hip Hop Orchestra. Since then she has collaborated with Les Claypool, Bob Weir, Snoop Dogg, Macy Gray, The Coup, Grace Potter, Bernie Worrell, Prince Paul and P-Funk, among many others. Snow Angel is the newest adventure on her journey.