LAURA JANE GRACE OF AGAINST ME! PRESENTS: KILLING ME LOUDLY,
AN EVENING OF EXISTENTIAL DREAD, FIENDING AND GENDER DYSPHORIA
IN THE BRILLIANCE OF LIFE’S HEADLIGHTS
SOLO SHOWS ANNOUNCED IN LOS ANGELES, CA ON FRIDAY, MAY 22
AND NEW YORK CITY ON MONDAY, MAY 25
AGAINST ME! NAMED 2015 GLAAD MEDIA AWARD RECIPIENT FOR
“OUTSTANDING MUSIC ARTIST”
“OSAMA BIN LADEN AS THE CRUCIFIED CHRIST” RECORD STORE DAY 7″
TO BE RELEASED ON SATURDAY, APRIL 18

WATCH: “FUCKMYLIFE666” (ON THE LATE SHOW WITH DAVID LETTERMAN):

Celebrated rock band Against Me! and frontwoman Laura Jane Grace are proud to present Killing Me Loudly, An Evening of Existential Dread, Fiending and Gender Dysphoria In The Brilliance of Life’s Headlights. Solo shows featuring Grace, along with a few surprises and spoken word performance, have been announced for Los Angeles, CA on Friday, May 22 at the Masonic Lodge (Hollywood Forever) and New York, NY on Monday, May 25 at City Winery. Spotlighting the cultural icon’s journey prior to and after the release of Against Me!’s widely acclaimed new full-length album, Transgender Dysphoria Blues, the intimate evenings on both coasts will provide unique, personal glimpses into the songs and the moving stories behind them. Tickets for both shows are now currently on sale and more information on the shows can be found via Against Me!’s official website here: http://www.againstme.net.

Additionally, Against Me! was recently named “Outstanding Music Artist” at the 26th Annual GLAAD Media Awards held in Los Angeles, CA last month. The GLAAD Media Awards recognize and honor media for their fair, accurate and inclusive representations of the LGBT community and the issues that affect their lives. The GLAAD Media Awards also fund GLAAD’s work to amplify stories from the LGBT community and issues that build support for acceptance. Laura Jane Grace accepted the award for the band in a category that also included nominees Sam Smith, Angel Haze, Mary Lambert and Mary Gauthier, and even co-presented with Andrew Rannells (Girls) the award for “Outstanding Comedy Series” to Amazon’s Transparent. Grace’s 10-episode AOL Originals docu-series True Trans With Laura Jane Grace is also nominated for “Outstanding Documentary,” an award that will be presented at the New York GLAAD Media Awards ceremony at the Waldorf Astoria in New York City on Saturday, May 9.

Coming off an extremely successful year that saw the band touring extensively, Against Me! has just announced its first batch of music for 2015, the “Osama Bin Laden As The Crucified Christ” 7″. Being released as part of this year’s Record Store Day (Saturday, April 18), the 7″ will feature two previously unreleased versions of the song – Side A contains a live recording of the track which will appear on the band’s forthcoming live album and Side B will feature a never-before-heard “Extra Dysphoric Version.” The 7″ will be available on limited colored vinyl and on sale at participating Record Store Day stores. For more information on the release, visit Record Store Day’s official website, http://www.recordstoreday.com.

Currently, Grace has wrapped up production on the new album for Brooklyn, NY’s Worriers at Rancho Recordo in Michigan, is writing a biweekly advice column for Noisey titled “Mandatory Happiness,” and, along with the band and producer Marc Hudson, putting the finishing touches on Against Me!’s much-anticipated live album. Details on the upcoming live record to be announced very soon.

Against Me! and Laura Jane Grace will be making the following appearances in 2015. More North American dates to be announced soon.

JULY
18 – Portland, OR – Project Pabst Festival (Against Me! full band) 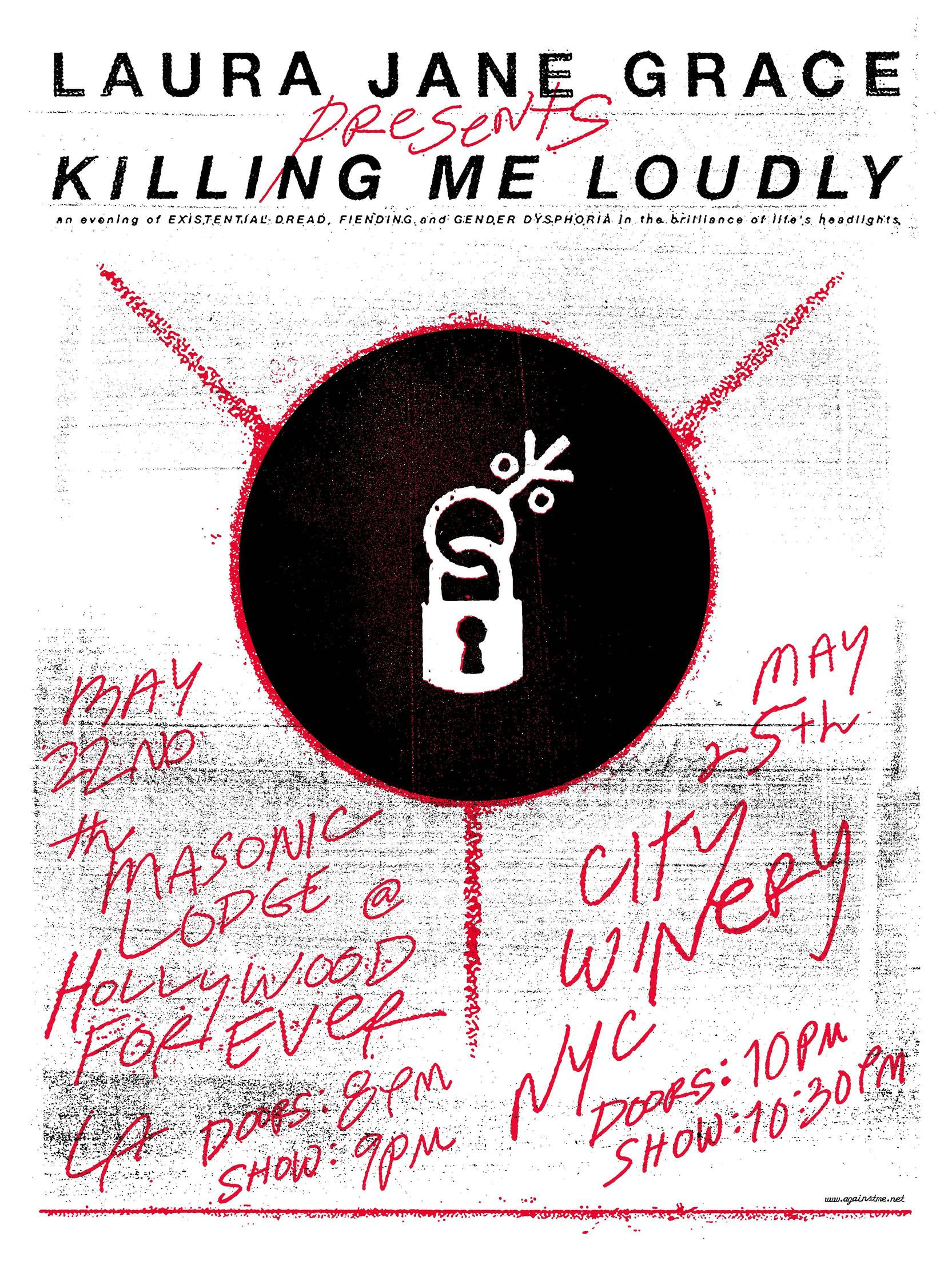