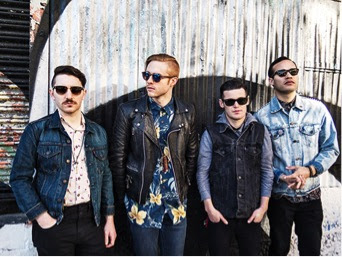 Maudlin Strangers are pleased to share plans to hit the road in June. Kicking off on June 18th in Santa Ana CA, the tour takes the band all the way up to Seattle and back, wrapping up in their hometown of Los Angeles on July 1 @ The Echo.  A full list of dates can be found below.

Formed in 2010, Maudlin Strangers is the project of Agoura Hills, CA native Jake Hays. Recorded in Hays’ bedroom the debut, Overdose EP was released in January and can only be described as dark-indie-rock combining somber lyricism masked by light, upbeat melodies. Today, check out Clarence’s take on the EP track ‘Penny,’ here: